On Tuesday, Senators Kirsten Gillibrand (D-NY) and Cynthia Lummis (R-WY) released bipartisan legislation aimed at clarifying the role of digital assets in the US economy. The move sets the stage for a bigger debate that is likely to play out in the coming year surrounding how financial innovations like cryptocurrencies will be regulated in Washington, DC.

So far, some are calling the legislation a pro-cryptocurrency bill, perhaps because it aims to bolster, rather than dismantle, these assets place in the financial economy. But not everyone is so optimistic about the new technologies. One issue that is particularly controversial relates to crypto energy usage, which contributes to pollution and by extension to global warming.

The Biden Administration will be releasing a highly anticipated report in the coming months related to cryptocurrency energy demand. Expected from the White House Office of Science and Technology Policy (OSTP) in August, depending on the contents, we could see much stricter regulation of crypto assets energy use going forward.

The report is an outgrowth of a March executive order from President Biden, which tasked agencies across the government with exploring numerous issues surrounding the fledgling industry. From a purely economic point of view, high energy use in and of itself is not a problem, at least so long as the benefits are sufficient to outweigh the costs. However, there can also be less energy-intensive ways of achieving the same result, which is the aim of improving energy efficiency.

Targeting the crypto industry with energy standards could get complicated, however. Typically such regulations target producers of specific products, like refrigerators, since its relatively easy to bring them together, determine what is cost effective and technologically feasible, and then enforce the regulation once it goes into effect. By contrast, the production of various cryptocurrencies is often governed by an algorithm, meaning participants in the industry might be the most likely targets of potential regulation.

Crypto mining is really the part of the sector with high energy use. Digital miners validate transactions by solving complicated puzzles, and this often requires significant computing power. Miners are a diverse and decentralized group, however, who are not necessarily in direct communication with one another. Despite this, some argue that a few key players often dominate miningfor example this may be the case with Bitcoin
BTC
so its conceivable that they could be marshalled to achieve an objective like lower energy use.

The OSTPs forthcoming report will hopefully provide some clarity on these topics, including a transparent set of criteria surrounding what constitutes reasonable energy use. But even if a problem is identified, its far from obvious what the next step should be. Bitcoin is the biggest energy user among cryptocurrencies, being that its the most popular and uses the more energy-intensive proof-of-work verification process. Already, even without regulation, Bitcoin competitors like Ether
ETH
eum are switching to proof-of-stake, which uses far less energy. Other cryptocurrencies are sure to follow suit.

Energy inputs needed to power the crypto industry are considerable, and there is little doubt that a more efficient system would be ideal. But given the industrys decentralized nature, uncertainty about where its heading, and its innovative, rapidly evolving character, regulating the sector is going to be particularly challenging. Combine this with the fact that regulating takes time, and one has to wonder whether regulation is even the appropriate tool in this instance.

The legislation from Senators Gillibrand and Lummis, along with the Biden Administrations forthcoming report on energy use, may help move this debate forward. Whatever happens, regulators would be wise to proceed cautiously. 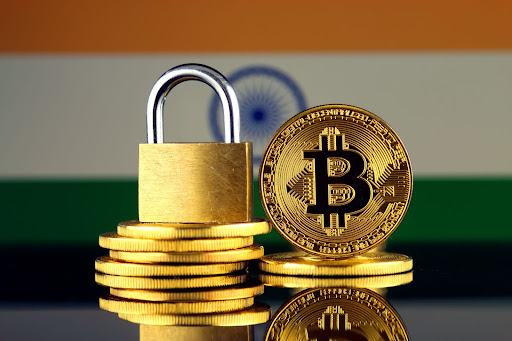 Innovation, Regulation and the Future of Cryptocurrencies – Blockchain News, Opinion, TV and Jobs

Centralex: Blockchain Represents a Challenge for Regulators, but Also a Huge Opportunity