By Robert A. Musiala Jr.

A major U.S. fintech firm recently announced the launch of a “crypto payouts” pilot that will allow a select group of creators to receive cryptocurrency payments through a major social media platform. According to a press release, the pilot “will make it possible for creators who opt in to have their earnings paid out to a cryptocurrency wallet.” The pilot will reportedly leverage the Polygon Network and support payments in the USDC stablecoin.

In other developments, according to reports, a major U.S. cryptocurrency exchange recently achieved a license to operate in Abu Dhabi under the new licensing regime in the United Arab Emirates. Separately, the largest retirement plan provider in the U.S. recently announced that it intends to offer investors the option to invest in bitcoin through their 401(k) plans. According to reports, the U.S. Department of Labor has expressed “grave concerns” about the initiative.

In a final notable item, the city of Fort Worth, Texas, will reportedly soon begin Bitcoin Network mining using three ASIC Bitmain AntMiner S9 rigs donated by the Texas Blockchain Council. The mining rigs will reportedly “operate on a private network in a climate-controlled data center at City Hall.”

The National Bureau of Economic Research (NBER) recently published a report on whether bitcoin can serve as a significant medium of exchange. To address the question, NBER surveyed adults from 1,800 households in El Salvador, which in September 2021 became the first country to adopt bitcoin as legal tender, at which time it also launched an app, “Chivo Wallet,” that facilitates bitcoin payments with no transaction fees. Users were given a bonus of $30 worth of bitcoin to start.

The report finds that while a large percentage of El Salvadorians downloaded Chivo Wallet, over 60 percent stopped using it after spending the $30 bonus, leading NBER to conclude that at this stage, usage of bitcoin is relatively low. The report also finds that El Salvadorians who do use bitcoin are likely to be banked, educated, young and male. However, according to the report, 20 percent of businesses in El Salvador have begun accepting bitcoin as a payment method, and bitcoin is gaining ground compared with other payment methods, like credit cards.

A South Korean automotive manufacturer will reportedly collaborate with a popular non-fungible token (NFT) brand to enter the “community based” market. According to reports, the partnership plans to release 30 limited edition NFTs, each of which will depict a “mobility solution” for the manufacturer’s metaverse. In related news, last month a German car company’s South African subsidiary launched an interactive NFT campaign. According to reports, over the course of the five-day campaign, the company released 100 unique NFTs and additional “real world” consumptive prizes—all to promote the arrival of the manufacturer’s new vehicle.

In other NFT news, a multinational food and beverage company has reportedly entered the NFT market with a limited edition series based on a popular breakfast cereal. According to reports, 100 percent of the proceeds from the digital collectible auction—running through May 13 on OpenSea—will benefit charity.

To mark the occasion of its 2022 draft, a major U.S. sports league is reportedly launching an NFT collection, which includes digital collectibles inspired by each of the league’s teams. According to reports, the collection is minted on the Flow blockchain and contains, for each team, 52 NFTs that resemble playing cards.

In a final item, a major cryptocurrency platform has reportedly launched its own NFT marketplace, which will (i) support the minting and trading of NFTs on multiple blockchains, (ii) charge zero transaction fees for retail investors and (iii) not limit the royalty rates that creators can set for secondary purchases of their work. According to a press release, in addition to a “curation of industry-leading collections,” the new platform also intends to “feature rising NFT projects led by women, BIPOC, and underrepresented groups in the ecosystem.”

Anchorage Digital and the Office of the Comptroller of the Currency (OCC) agreed to a consent order filed last week in which the OCC alleged that Anchorage failed to meet Bank Secrecy Act requirements. According to the order, in which Anchorage neither admits nor denies the OCC’s findings, Anchorage did not have an anti-money laundering (AML) program that met federal requirements regarding customer due diligence. Among other things, the company agreed to create a compliance committee, composed predominantly of members who are not Anchorage employees, to oversee Anchorage’s compliance with the consent order. The company also agreed to engage an independent third-party consultant to conduct a “SAR Look-Back” investigation.

This week Acting Comptroller of the Currency Michael J. Hsu issued a statement on standards for stablecoins. He discussed the importance of well-designed standards in promoting “inclusive and responsible innovation” and referenced the Internet—“an open, royalty-free network”—as an example. He recommended a standard-setting initiative for stablecoins similar to the process undertaken by Internet standard-setting bodies and indicated that there is a “willingness of governmental bodies like NIST and the OCC to engage in such efforts.”

The Congressional Research Service (CRS) recently published an In Focus on digital wallets and addressed related policy issues. Specific policy issues addressed by the In Focus include (1) data privacy and security, including what information digital wallets and payments companies generate and collect about users; (2) consumer protection and investor protections, such as whether wallet users mistakenly believe that their wallet balances are insured; (3) systemic risk and market power issues, including whether uninsured balances pose systemic risk, and whether the authority under the Dodd-Frank Act to designate financial institutions and payment systems as systemically important and subject to heightened prudential standards applies to wallet providers; and (4) financial inclusion, including issues as to whether wallets increase access to accounts as opposed to simply increasing user convenience, and noting that wallets are “typically used on smartphones that the unbanked may not possess.”

The government of Gibraltar recently announced new virtual asset legislation to define market integrity standards. The legislation will require all distributed ledger technology providers operating in Gibraltar to conduct themselves in a manner that maintains or enhances the integrity of the market in which they participate. The legislation was drafted by the Gibraltar Financial Services Commission and a specialist Market Integrity Working Group, which consisted of a mix of government representatives and leaders in the blockchain and digital assets space.

APRA, the statutory authority of the Australian government and the prudential regulator of the Australian financial services industry, recently released a policy paper outlining a road map for crypto-asset risk management issues. The paper notes that while activities associated with crypto-assets are still limited in Australia, the potential scale and scope of their growth created an imminent need to address their possible role in the economy. In that context, APRA decided to issue guidance on initial risk management expectations for all regulated entities working with crypto-assets in Australia.

The government of the Bahamas recently released a policy white paper outlining the future of digital assets in the country. The paper states that the digital assets policy and framework it sets out should guide the country’s policy between the present and 2026, in the hopes of already having grown the burgeoning sector by 2025. According to the paper, the Bahamas sees the growth of its digital assets sector as critically important to rebuilding the country’s economy, which was badly damaged by the effects of Hurricane Dorian and the COVID-19 pandemic.

This week the U.S. Department of Justice announced the unsealing of a Superseding Indictment charging Alejandro Cao de Benos and Christopher Emms with conspiring to violate U.S. sanctions on the Democratic People’s Republic of Korea (DPRK or North Korea). The indictment alleges that Cao de Benos and Emms partnered to organize the “Pyongyang Blockchain and Cryptocurrency Conference” held in the DPRK in 2019 and recruited Virgil Griffith, an American cryptocurrency expert, to teach and advise members of the North Korean government about cutting-edge cryptocurrency and blockchain technology that would assist them in evading U.S. sanctions. Griffith was arrested in November 2019; he pled guilty to conspiring to assist North Korea in evading sanctions and was sentenced to 63 months in prison and ordered to pay a $100,000 fine.

According to reports, the developers of a popular NFT collection recently fell victim to hackers who breached their Instagram account and shared phishing scam links to a website that was used to steal NFTs from users who connected their MetaMask wallets to the website. Approximately 100 NFTs were stolen during the attack, which conservative estimates believe to be valued at more than $40 million worth of assets. According to reports, it is still unclear how hackers gained access to the breached Instagram account. 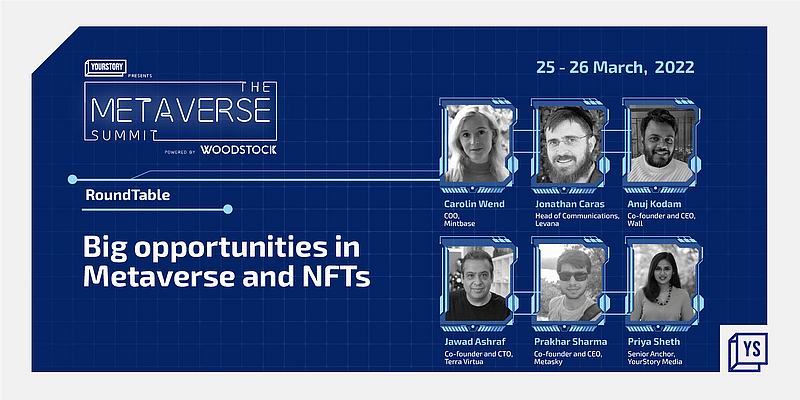 Crypto experts decode the next big phenomena in the digital space: NFTs and the Metaverse 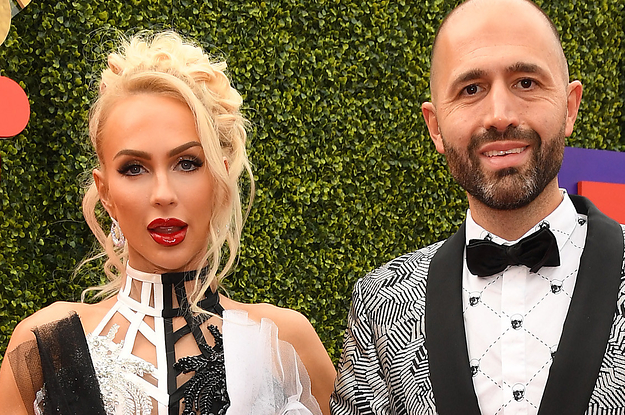 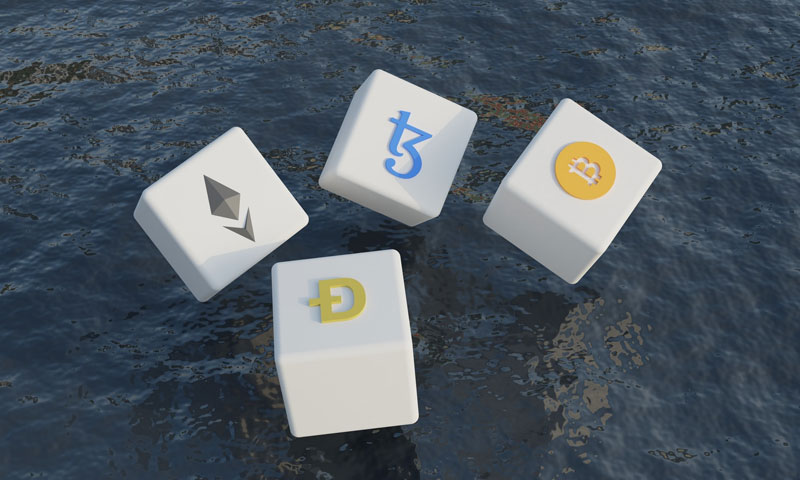