One of the main features of the Bitcoin blockchain is its transparency. Bitcoin lets anyone see every transaction that has ever been made on its network and check the balance of every address out there. Because of this transparency, were able to know who owns the most Bitcoin (BTC) in 2022.

Its important to look at who owns the most BTC, as the cryptocurrencys supply is limited to 21 million coins. In February, Kim Grauer, director of research at blockchain forensics firm Chainalysis, told Cointelegraph that an estimated 3.7 million BTC have been lost, effectively deflating the cryptocurrencys circulating supply.

Experts estimate that as Bitcoins adoption rises, demand for it will skyrocket. As 3.7 million coins are estimated to be lost and a significant amount is being held on-chain by early investors, what may follow is a supply shock. Such a shock could only materialize if demand skyrockets in the future.

Those who own the most Bitcoin are set to greatly benefit from such a shock. Moreover, a significant supply being held by one entity is seen as a risk because if that entity ends up selling its war chest on the market, it could lead to a significant downside.

Who owns the most Bitcoin?

The entity that is widely acknowledged to hold the most Bitcoin is the cryptocurrencys creator, Satoshi Nakamoto. Nakamoto is believed to have around 1.1 million BTC that they have never touched throughout the years, leading to several theories regarding their identity and situation.

A significant amount of analysis has been put into determining how many coins Nakamoto actually has. After bringing BTC into existence by mining the genesis block, Nakamoto mined a significant number of blocks through their hardware at the time, with each block coming with a 50-BTC reward.

Nakamoto always used different Bitcoin addresses and disappeared back in 2010. Its unclear how many blocks they mined as other early adopters got in on the action rather early as well. Lower estimates point to Nakamoto having around 750,000 BTC.

While the exact holdings of Nakamoto arent completely clear, those of publicly traded companies, governments, funds and other transparent organizations are.

Over time, several organizations have added Bitcoin to their balance sheets. The most notable is business intelligence firm MicroStrategy, which accumulated 129,218 BTC after first investing in the cryptocurrency in August 2020.

The companys CEO, Michael Saylor, has doubled down on the companys Bitcoin strategy throughout the bear market, saying MicroStrategy plans to hold BTC through adversity. In early 2021, possibly thanks to influence from Saylor, electric car maker Tesla also invested in Bitcoin, risking $1.5 billion to buy 43,200 BTC.

All companies should have an open mind towards Bitcoin, but they should consider what represents the best interests of their shareholders. At Kraken, we hold cryptocurrencies as a treasury asset.

Perfumo added that Kraken also offers employees the option to take as much of their salary in crypto as they would like via a payroll solution we call Sidemoon. He added that a significant number of Krakens employees take advantage of the solution.

Public companies are estimated to have a total of 268,271 BTC, equivalent to over 1.27% of Bitcoins total supply. Over the years, however, several private companies have also revealed they hold BTC.

The private companies with the largest amounts of BTC are the firm behind the EOSIO software Block.one, which holds 140,000 BTC, the Tezos Foundation, which holds 17,500 BTC, and Stone Ridge Holdings Group, with 10,000 BTC. MassMutual comes next, with 3,500 BTC.

In total, private companies reportedly have 202,068 BTC. Speaking to Cointelegraph, Bill Barhydt, CEO of crypto investment firm Abra, noted companies should invest in BTC but opt for the right size for their treasuries. Barhydt added:

Companies with a long-term time horizon should consider putting even more of their liquid assets into Bitcoin and Ethereum.

The CEO revealed Abra holds Bitcoin by likening it to companies known to have invested in the cryptocurrency, including Tesla. Per his words, as accounting rules in the United States are fixed and modernized, it will become even easier to replicate what companies like these are doing.

Countries that own the most Bitcoin

There are several countries holding Bitcoin as well. Most have gotten their hands on the flagship cryptocurrency by seizing it, but these holdings are often quickly sold in auctions to private investors.

El Salvador is the country holding the most Bitcoin, with 2,301 BTC in its treasury. The country adopted the cryptocurrency as legal tender in September 2021 and has invested in it numerous times. Its planning on creating a Bitcoin City, using power from a volcano.

In April 2022, Finland was reported to be holding 1,981 BTC confiscated during criminal investigations with plans to auction off the funds later on in the year. At the time of writing, no report suggesting the funds have been auctioned emerged.

Ukrainian civil servants have provided data through Opendatabot showing they have owned a total of 46,351 BTC as of April 5, 2021. These declarations came as property disclosure requirements imposed on public officials, meaning theyre the holdings of individuals and not the government itself.

Similarly, Georgian parliament members are said to collectively hold 66 BTC, although the funds belong to private individuals and not the government.

Cryptocurrency investment funds allow investors to gain exposure to their underlying assets without dealing with them. In practice, this means gaining exposure to a cryptocurrency like Bitcoin without having to deal with public or private keys.

Funds add more Bitcoin in response to investor inflows and divest of their holdings as investors withdraw. The largest fund holding Bitcoin is Grayscales Bitcoin Trust, which has 643,572 BTC, equivalent to over 3% of the cryptocurrencys circulating supply. Next is CoinShares, which holds around 42,980 BTC through XBT Providers exchange-traded products.

Ahead of this months crypto market sell-off, the Purpose Bitcoin ETF was the largest exchange-traded fund by BTC holdings. The sell-off saw the funds holdings drop from 47,818 BTC to 23,307 BTC between June 16 and 17, a staggering 51% drop. The funds holdings are still estimated to be above those of 3iQs CoinShares Bitcoin ETF, which has an estimated 12,115 BTC.

Bitcoin addresses are pseudonymous, which means that while we easily see what addresses have the most Bitcoin in them, we can only identify whos behind each one through extensive blockchain analysis or if the entity behind them comes forward.

Data from BitInfoCharts shows that the top Bitcoin wallets belong to cryptocurrency exchanges, which means they hold the assets of various users who choose custody of their funds on exchanges. Data shows there are five Bitcoin addresses with between 100,000 and 1 million BTC in them. Four of these have been identified and belong to exchanges.

While its possible to see how many addresses hold how much BTC, this doesnt exactly answer the question of what individuals have the largest Bitcoin holdings. Analyzing the market and individuals statements, however, provides us with various clues.

Changpeng Zhao, founder and CEO of leading cryptocurrency exchange Binance, was said to have a net worth of $96 billion in January 2022, with this estimate reportedly not including holdings of Bitcoin and BNB.

The CEO has said numerous times that he holds no fiat currencies, which would imply significant BTC and BNB holdings. While exact figures arent known, its rather safe to assume Zhao is among those holding a significant amount of Bitcoin.

Other well-known large Bitcoin holders are Tyler and Cameron Winklevoss, who invested the millions they earned from their lawsuit against Facebook into cryptocurrencies and became the first Bitcoin billionaires. The duo was rumored to at one point own 1% of all Bitcoin in circulation.

Silicon Valley-based venture capital investor Tim Draper is known to have purchased at least 30,000 BTC back in 2014, buying the coins from an auction held by U.S. authorities after seizing the funds from the now-defunct darknet marketplace Silk Road.

Other individuals believed to have large amounts of BTC include Digital Currency Group CEO Barry Silbert, FTX CEO Sam Bankman-Fried, Saylor, and Coinbase CEO Brian Armstrong. Their exact holdings if they even hold Bitcoin are unknown.

Bitcoin hodler growth and its supply

As the number of Bitcoin holders out there grows, the available supply of the cryptocurrency goes down, potentially leading to the aforementioned supply shock. Krakens Perfumo noted that the magic of crypto is that any individual has complete flexibility in managing their crypto custody.

Abras Barhydt said that investors in Bitcoin and Ether (ETH) should have a minimum time horizon of five to seven years or longer and should assume that those funds are locked up for at least five years, given the volatility inherent in valuing exponentially growing technologies.

Assuming funds are locked up would add to the potential supply shock. Kent Barton, tokenomics lead at ShapeShift DAO, told Cointelegraph that bear markets have historically been an excellent time to purchase Bitcoin at relatively low prices, even though there are no guarantees prices will ever rise again.

During bull markets, Barton said its important to take a certain percentage of your risk off the table, as moving some BTC to fiat when prices are high means that youll be in a better position to weather the next bear market and have dry powder to buy Bitcoin at low prices. Barton added:

On a very long-term timeframe, Bitcoin continues to serve as a potential hedge against the dollar collapsing.

Whether Bitcoin is a good investment or not depends on who you ask. The currency can neither be debased through inflation nor can its transactions be censored by a central authority. To some of its holders, prices are almost irrelevant as long as these and other qualities are maintained. 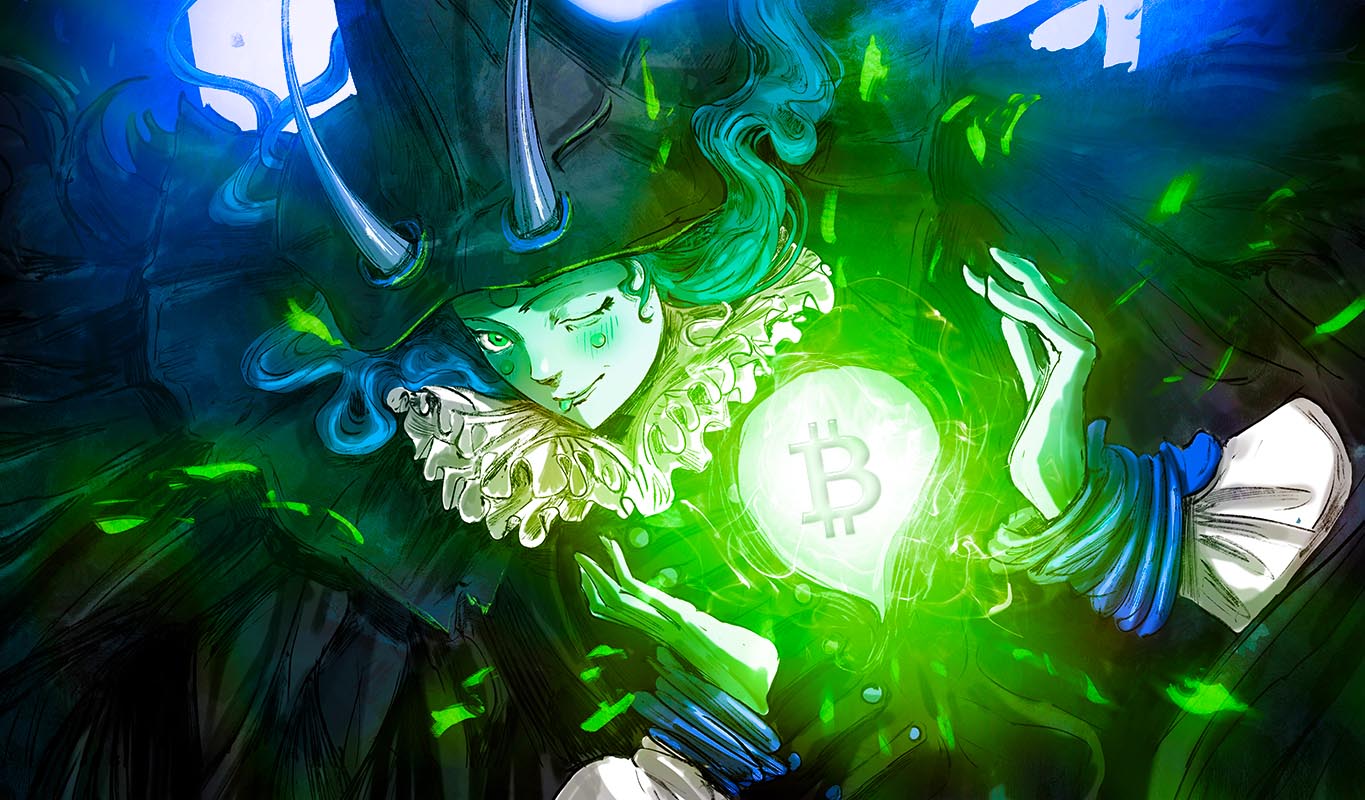 Bitcoin Bottom Finally In? Trader Who Predicted May 2021 Crash Looks at the State of BTC 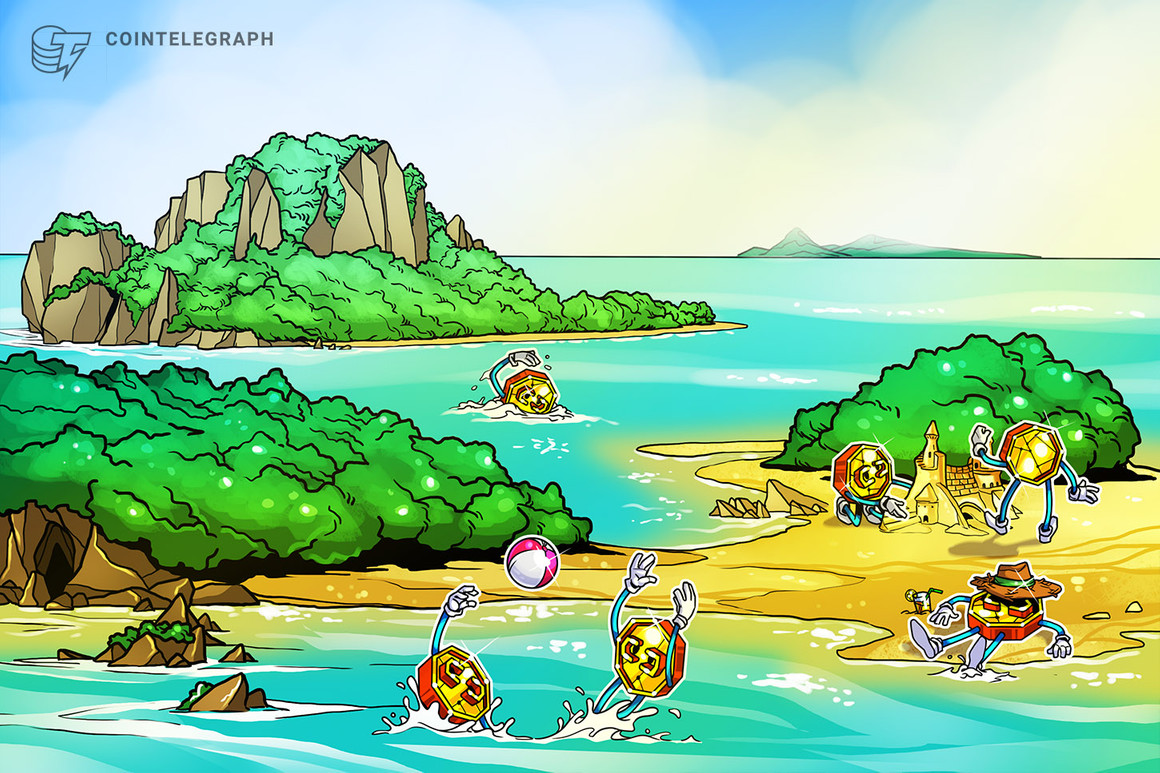