The most popular development platform for decentralized applications is Ethereum. As the number of developers seeking opportunities in the creation of dApps continues to increase, the demand for a straightforward and simple development process. Hardhat is one of the most prominent answers for solving the problems in smart contract development. It helps in simplifying the process of developing Ethereum-based decentralized applications.

Therefore, aspiring developers must learn aboutthe Hardhat blockchaindevelopment environment and the best practices for using it. The following discussion offers a detailed overview of Hardhat and its different functionalities to understand the platform better. 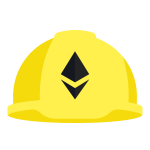 The complications in web3 and blockchain development could be quite challenging for beginners. Therefore, the right tools for making the process easier and more efficient can be the best course of action for every programmer. In such cases, the right blockchain development framework could work wonders for ensuring the easier execution of different steps in the development workflow. The answer to What is Hardhat blockchain? can explain what it actually is. Hardhat is a development environment that helps developers in testing, compiling, deploying, and debugging dApps on the Ethereum blockchain. It serves a crucial role in supporting coders and developers with the management of tasks, which are important for smart contract and dApp development.

Hardhat smart contractdevelopment environment offers suitable tools to developers for managing the development workflow. In addition, Hardhat also ensures efficiency by introducing automation in specific steps alongside the facility of new and productive functions. Hardhat features a pre-built local Ethereum network tailored for the core objective of development. TheHardhat Solidityequation is clearly evident in the frameworks focus on Solidity debugging. At the same time, Hardhat also features the facility of stack traces and messages for dApp failure. As a result, developers can have the necessary tools at hand to identify the instance and cause for the failure of applications. It can also offer the necessary answer to solve the problems underlying the application failure.

Another important highlight of Hardhat refers to the plugins, which offer a diverse range of utilities. The plugins ensure that developers can choose the ones they want to add to the development process. Even if you can find in-build default plugins, you can override them according to your needs. Hardhat basically does not care about the tools or functionalities developers want in their programs.

What is Hardhat Runner?

The most important requirement forHardhat deployoperations would refer to Hardhat Runner. It is the command-line interface or CLI command used for interactions with Hardhat. Hardhat Runner is more like a task runner, which offers multiple alternatives and options to users. Developers must note that a major share of the design for the task runner emphasizes tasks and plugins. The design of the task runner also implies that developers run a task every time they run Hardhat from the CLI. The example command for running Hardhat from CLI would be the following,

When you run the command inHardhat blockchain, it would begin the in-built compile task. Subsequently, one task could call another task, thereby leading to easier development and definition of complex workflows. In addition, developers could also use Hardhat for overriding already existing tasks, thereby enabling options for extending or customizing workflows.

What is the Hardhat Network?

The next important highlight in theHardhat tutorialrefers to the Hardhat Network. According to the definition of Hardhat, the smart contract development framework features a pre-built local Ethereum network. The local Ethereum network helps in supporting development tasks on Hardhat. It is an integral requirement for developers to work on testing, running, debugging, and deploying decentralized application code and smart contracts.

The working of the Hardhat network accounts for another promising highlight in understanding theHardhat Soliditydevelopment framework. One of the first details about the functioning of the Hardhat network points out the mining of a block for every transaction, without encountering any delays. In addition, the network also relies on the support of an EVM implementation, just like the one used on platforms such as Ganache, Remix, and Ethereum Studio. On top of it, the network also offers support for multiple hard forks such as Petersburg, Byzantium, and Constantinople.

Excited to learn the basic and advanced concepts of ethereum technology? Enroll Now in The Complete Ethereum Technology Course

The Hardhat Network comes with certain default behaviors. One of the common examples refers to the framework starting an instance when the network is empty or the defaultNetwork value has been configured as hardhat. Developers can use the network for running scripts, tests, and different tasks. TheHardhat smart contractdevelopment framework also allows the addition of many productive plugins. For example, you can add some popular plugins such as Truffle, ethers.js, and Waffle, among other additions. Interestingly, all the plugins come with the assurance of a direct connection to the provider. It is also important to note that external clients like Metamask can also connect to the Hardhat network, thereby improving its functionality.

What is Solidity Stack Traces?

The guide to What is Hardhat blockchain? would also shed light on the significance of Solidity stack traces. Hardhat supports Solidity in accordance with a well-recognized standard, and the network has a clear idea regarding the contracts running on the network. In addition, the network also knows about the intended objectives of the Solidity smart contracts. At the same time, the Hardhat network also identifies the reason behind the failure of smart contracts effectively. In the event of a failed call or transaction, the network would offer an exception to the users.

The exception would serve a combined JavaScript and Solidity stack trace, thereby establishing theHardhat Solidityinterplay. It clearly suggests that the stack trace would begin in JavaScript and continue in the same format till the call of a contract. Subsequently, the stack trace includes a complete Solidity call stack. As a result, developers can use the stack traces by the network for identifying the exact reason for the failure of the contract or transaction.

Excited to learn about the key elements of Solidity? Check the presentation Now on Introduction To Solidity

The Hardhat network has the ability to figure out the instance of failure of a call or transaction. In addition, it can also pinpoint the exact reason for the failure of the transaction or calls. As a result, developers can usethe Hardhat blockchaindevelopment framework for easier and more efficient debugging. Upon the failure of a transaction without any clearly identified reason, the network provides clarity by offering an explanation for the error in detail. The automatic error messages play a vital role in the debugging process and can encounter different situations. Some of the common cases where the network would display automatic error messages include the following.

The efficiency of Hardhat in defining the automatic error messages helps in ensuring profound valuable improvements for developers. Most important of all, developers can have the advantage of better speed in their debugging process before deploying the code.

The most basic highlight in a guide on Hardhat would refer to the methods toinstall hardhatsas it is the starting point of a developers journey. Interestingly, you dont have to go through complicated steps and lots of instructions for installing Hardhat. The installation of Hardhat for Ethereum development is quite an easy task you can manage on your own and complete within a few minutes. First of all, you must remember that Hardhat is used through local installation in the projects of a developer. The primary reason for the same reflects on the need for reproducing the environment to stay away from any version conflicts in the future. You can use the following command for installing Hardhat.

Want to learn the basic and advanced concepts of Ethereum? Enroll in our Ethereum Development Fundamentals Course right away!

The biggest highlight in anyHardhat tutorialwould obviously draw the discussion towards practical methods for using Hardhat. Beginners can explore the possibilities with Hardhat and its functionalities by using a sample project as a reference. You can start using Hardhat once you have finalized the installation of the barebones variant of the development environment. After finalizing the installation of the development environment, users can run different tasks and tests as well as compile code and use the Hardhat network. It can also help developers in deploying contracts without installing any plugins.

If you want to start aHardhat Soliditydevelopment project, then you must begin by creating a project. Developers can use the npx hardhat command in the project folder for starting a project. Once you have completed the task, you can create a basic sample project for exploring the best practices to start using Hardhat. Remember that the sample project would ask developers for the installation of hardhat-ethers and hardhat-waffle to enable support for Waffle tests.

The work of developers in usingHardhat blockchainwould primarily revolve around tasks. Therefore, it is important to look for the available tasks, and you can do so by executing the npx hardhat command. By using a barebones variant of Hardhat without leveraging any plugins, you can find few in-built tasks. On the other hand, you can find more tasks as you keep adding plugins. One of the examples of a task would refer to the accounts task. You can run the task with the command npx hardhat accounts as the input, and the outcome would provide a list of accounts associated with the project.

After finalizing the tests, you can look forHardhat deployprocess by leveraging a script. The sample-script.js can help you deploy the contract by using the following command.

If you are new to smart contracts, you might not be sure of its capability. Check the detailed guide Now on Smart Contract Use Cases

The overview of the fundamentals of Hardhat suggests that it is a truly comprehensive smart contract and blockchain development framework. It is a powerful development environment with an in-built Ethereum network at the core for creating, testing, compiling, and deploying contracts. The functionalities outlined in theHardhat tutorialalso emphasize the necessity of stack traces and automated error messages. With the help of these features, Hardhat can ensure plausible improvements in the simplicity and speed of creating and deploying smart contracts.

Join our annual/monthlymembership programand get unlimited access to 30+ professional courses and 55+ on-demand webinars.

Metaverse realty Sales Expected to Succeed in $1 Billion This Year

5 February 2022
Get the inside scoop by becoming a GEM INSIDER today!