Voting for the AIP-41 proposal to keep ApeCoin on Ethereum is now neck and neck after several sizeable ApeCoin token holders voted against the proposal.

ApeCoin DAO’s proposal to stay on Ethereum has proven much more contentious than it originally appeared.

The vote to keep ApeCoin on Ethereum is being challenged by a few whales who want the project to migrate to its own blockchain. The ballot concerns AIP-41, an APECoin DAO governance proposal created on May 2 by DAO member ASEC. The proposal suggests ApeCoin should stay within the Ethereum ecosystem rather than migrating to another blockchain with higher transaction throughput and lower fees. “Yuga Labs stated in a tweet that they believed ApeCoin needed to move to its own chain in order to scale,” the proposal read. “We the ApeCoin DAO believe that, at least for the time being, ApeCoin should remain within the Ethereum ecosystem, and not migrate elsewhere to an L1 chain or sidechain not secured by Ethereum.”

While the matter initially appeared somewhat settled, with an overwhelming 99.65% of the community supporting the proposal shortly after it went live on June 3, the vote is now much more balanced three days in. At press time, around 48.22% of APE holders have voted against the idea of keeping ApeCoin within the Ethereum ecosystem, indicating, at least on the surface, a significant shift in sentiment concerning the issue. However, under closer inspection, 63% of the votes against the proposal appear to come from just three large ApeCoin holders, each submitting 404,000, 153,000, and 151,000 APE out of the 1.1 million APE votes against the proposal.

The ApeCoin DAO votes on governance proposals using its native governance token APE, whereby every token held counts as one vote. This means that members holding large amounts of APE have outsized influence over the governance process creating the possibility for a small number of holders to vote in opposition to the broader community majority.

That being said, Nansen data indicates that the APE token is rather evenly distributed amongst holders, with no particular wallet holding a sizable amount of the circulating supply. Only four wallets have more than 1% of the supply, two of them belonging to the crypto exchange Binance. However, it’s worth noting that even token distribution between wallets doesn’t necessarily indicate an even distribution among actual community members, as one entity could control multiple wallets and therefore hold de facto control over the project by proxy.

At press time, the votes supporting the proposal are leading only by a slight margin, and with three more days until the ballot closes, the project’s future on Ethereum seems far from certain.

Disclosure: At the time of writing, the author of this piece owned ETH and several other cryptocurrencies.

How NFTs Will Dominate the Event Space With Project Galaxy

'Can it get any easier?' Bitcoin whales dictate when to buy and sell BTC 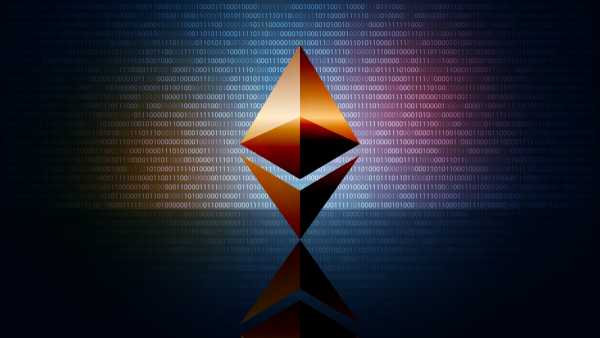