I n mid-April, the Utah legislature signed three bills into law that impact web3 companies in the stateall of them go into effect July 1st, 2022.

After attending a ceremonial signing of the bills by Gov. Spencer Cox in April at Silicon Slopes, Teuscher wrote on Facebook, These bills will be HUGE for our state in attracting web3 companies and further enable Utah to lead the nation in digital innovation.

The task force will be appointed by the governor, speaker of the House of Representatives, and president of the Senate with the goal of developing policy recommendations for the promotion and regulation of the adoption of blockchain and innovative technology. The task force will report annually on or before November.

Sam Mehr, a blockchain attorney, founder of Utah Policy DAO, and member of the Utah Blockchain Coalition Advisory Board says Utah needs to start by designing a new entity structure at the state level. Wyoming, for example, created a framework for the formation of decentralized autonomous organizations (DAOs) that went into effect on March 9th. DAOs are required to make available an identifier of any smart contract used to manage, facilitate, or operate a DAO and provide a statement on how the DAO will be managed.

Mehr believes these issues are urgent.

We dont need a task force to tell us that we need to do this. We already know that its a pain point for a lot of protocols in the space, Mahr says. Rather than waiting until November to propose that we should do this, its something that we should be working on right now.

Mehr also thinks there needs to be more community involvement.

There are people in the state that have amazing ideas on how to solve those issues, and we need to make sure their voices are being heard, he says. We need to promote those people to make sure that we do this the right way. Responsible innovation requires an inclusive group of individuals who have intimate knowledge of the technology industry, consumer pain points, etc., and we need to foster that environment.

Mehr hopes the task force will propose ways for companies to use the Utah Regulatory Sandbox Program, which was established in 2019 to encourage innovative financial products or services by providing participants with limited testing in the Utah market without first obtaining state licenses or other required authorizations.

Ultimately, the biggest issue facing digital assets right now is defining them as commodity securities or actual utility tokens, Mehr says. And the state might not have any power over that.

The federal level controls a lot. I think thats where we look at what the state can control, he says. One thing is what types of entities can be structured here?

SB 182 establishes a framework for the ownership of digital assets, mainly defining cryptocurrency and blockchain terms. But Mehr points out that the bill defines control as an owner or an agent has the exclusive legal authority to conduct a transaction relating to the digital asset, including by means of a private key or the use of a multi-signature arrangement.

Multi-signature wallets are crypto wallets that require two or more private keys to complete a transaction. A private key is a unique number used in cryptocurrency that allows a holder to access their crypto funds. Coindesk compares a multi-signature crypto wallet to a bank vault that requires more than one key to open. You can choose how many keys are needed in order to open that vault.

Though Mehr says multisig capabilities are promising, the state needs to be careful with how that is implemented.

Allowing someone control access to a multisig wallet has numerous problems that could have huge repercussions, he says. Youve got to make sure that if youre going to go out there and put your head out, that youre protecting the industry that youre trying to promote.

The final bill, HB456, requires the state to contract with a service provider to accept government payments like taxes and fees on or before Jan. 1, 2023. The bill had the support of the Salt Lake Chamber of Commerce, according to its 2022 legislative watchlist.

It will help unbanked individuals and companies to be able to more securely make payments to the government, Teuscher wrote on Facebook.

This is why American celebrities are bullish on Ethereum NFTs 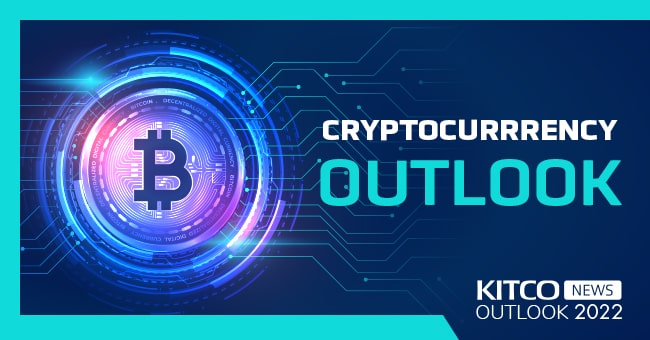 Crypto 2022: regulation clarity to unleash new wave of money in 2022