Welcome back to FinTech Law’s 2022 regtech series and the final part of our three-part crypto series, where we trace the evolution of regtech adoption in financial services and the legal industry, the regtech funding market, and specific strengths and weaknesses of regtech.In our last post, discussed the murky, regulatory landscape of crypto and what it meant for the wider environment of finance. Here we continue this analysis and look at global developments and what’s next for decentralized finance.

Last time, we covered the ups and downs of the sometimes convoluted regulatory landscape of crypto and DeFi. So much has changed in the United States in the last year or two, but, as the crypto realm developed in the US, so did it across the world. In the final part of this three part series well cover cryptos global waves in 2022, the legal mess it finds itself in, and what in the world to do next with this crypto thing.

While the SEC deals with crypto and DeFi throughout the United States, non-U.S. governments and quasi-government organizations have moved forward with their regulatory agendas. In June, the Bank for International Settlements (BIS) concluded that [c]ryptos structural flaws make it an unsuitable basis for a monetary system, but the global market participant did vote in favor of Central Bank Digital Coins (or CBDCs). An anchor [, like] a currency peg, that can be used to control price levels. In other words, the BIS thinks cryptocurrencies need fiat currencies. The BIS also believes that cryptocurrencies fail to establish the network effects monopolized by fiat currency. The BIS report follows shortly after the collapse of algorithmic stablecoin terraUSD, which is not backed by a reserve of greenbacks like USDC (USD Coin) or USDT (USD Token). Ultimately, the BIS concluded that the technical capabilities developed from innovations in the crypto space will strengthen the central bank monetary system.

The EU wants to trace cryptocurrency and other digital asset transactions. The transfer of funds regulation (TFR) is an attempt by the EU to identify illicit activities behind cryptocurrency transactions. The regulation is a direct attack on one of the core principles of crypto anonymity. Many crypto firms are fighting against the regulation, which would require such firms to collect and share personal information (regardless of size) with authorities if required. But regulators argue that such traceability is needed to combat money laundering and terrorism financing. Under the most recent iteration of TFR, peer-to-peer transactions are exempt, but service providers would need to collect information on all transactions between service providers, regardless of size.

When Things Go Bad, Everyone Sues Everyone, or They Go Bankrupt

While regulators struggle to coordinate on a viable regulatory framework, the industry is going through its worst crisis since inception. As global inflation and U.S. interest rates rise and the war in Ukraine continues (along with all the related sanctions), the global and U.S. economy have moved closer to a recession. Cryptocurrencies, which were purportedly uncorrelated from inflation and traditional assets classes, have been exposed as the riskiest asset class on mainstreet. Nearly every cryptocurrency is down over 50% from its late 2021 peak. The result has been financial contagion that revealed the interconnectedness of closed networks such as Celsius, BlockFi, and Voyager with the rest of the industry, such as hedge funds, stablecoins, and mainstreet and institutional investors. The result has been carnage and only the lawyers are getting rich.

Grayscales Lawsuit Against the SEC

For months, digital asset manager Grayscale has been trying hard to convert its GBTC trust into the first spot-bitcoin exchange-traded fund (ETF). Grayscale argued that many investors are being forced into Bitcoin futures products, versus products that have directinvestments in cryptocurrencies; that argument seemed stronger last year when Bitcoin peaked at over $60,000 per coin. Now its less than half that amount. Grayscale also argued that the conversion would increase transparency and access to Bitcoin products that have some regulatory protection. Grayscale, which became an SEC reporting company in 2020, claims to have investors from all 50 states and over $1 million accounts in GBTC. The trust, which operates like a closed-end fund and trades only in a secondary market, has consistently traded at a discount to its net asset value (the total value of its underlying Bitcoin). Grayscale has been running a public relations campaign in Washington, DC and other areas while waiting for the SEC to approve the GBTC trusts conversion to an ETF.

Interestingly, spot Bitcoin ETFs (exchange traded funds) already exist in Canada. And Europe has similar exchange-traded products (ETP). Fidelity even operates its Physical Bitcoin ETP on the German Xetra Exchange. Grayscale had petitioned the SEC to convert its GBTC trust into a spot Bitcoin ETF, in part to eliminate the discount inherent in a closed-end fund structure. Since such funds are dependent on a secondary market for pricing (as opposed to the net asset value of the funds underlying assets), a tightening secondary market can cause the fund to trade at a discount. In GBTCs case, the discount is about 30% below the underlying value of its Bitcoin holdings.

In June 2022, the SECs rejected Grayscales proposal. Immediately afterward, Grayscale sued the SEC and challenged the denial. The SEC denied the proposal because Grayscale could not demonstrate that the ETF would adhere to the rules [that] a national securities exchange be designed to prevent fraudulent and manipulative acts and practices and to protectinvestors and the public interest.

Once the Terra stablecoin collapsed, it didnt take long for the contagion to spread to investment companies like Three Arrows Capital (3AC), which filed for Bankruptcy in early July 2022. 3AC was a major investor in Terra. Once terraUSD lost its peg to the U.S. dollar, the stablecoin collapsed and took down 3AC with it. The contagion spread to other market participants such as Voyager Digital, which was a major lender to 3AC (like $650 million major). Voyager Digital halted withdrawals. Many crypto investors doubled down during the ongoing bear market, believing that the crypto prices would rebound, and they would make a killing, instead, they were slaughtered.

Unable to recover the money lent to 3AC, Voyager quickly followed suit and filed for bankruptcy on July 7, 2022, asreported by TechCrunch. Stephen Ehrlich, CEO of Voyager, cited the prolonged volatility and contagion in the crypto markets over the past few months, and the default of Three Arrows Capital on a loan from [Voyager], as the primary reasons for seeking bankruptcy protection. One issue that will arise during the bankruptcy is whether investors are treated as unsecured creditors or holders of securities accounts, which get priority over other creditors in bankruptcy. If cryptocurrencies are not considered securities, then investors will lose valuable bankruptcy protections. If they are considered securities under bankruptcy law, that could impact the regulatory oversight of such products.

Voyager may have muddied the water already.Reuters reportedthat the Federal Deposit Insurance Corporation (FDIC) was investigating whether Voyager marketed deposit accounts for cryptocurrency purchases, suggesting that such accounts were protected by FDIC insurance.

Meanwhile, Celsius Moves Towards Insolvency, and Then Filed

Asreportedon CoinDesk, on July 4, 2022, crypto lender Celsius laid off about 150 employees, ~23% of the company as it moved closer to insolvency. Distressed asset investors were circling the company as potential white knights declined to rescue Celsius. But a few days later, CoinDeskreportedthat Celsius was repaying $183 million in debt. The debt was paid to MakerDAO, the largest DeFi protocol. Celsius paid the debt so that it could get access to about $40 million in Bitcoin collateral. Celsius will likely use Bitcoin to satisfy other creditor or customer demands, including withdrawals.

The shoe finally dropped on July 14, 2022, when Celsius Network filed for bankruptcy. According to Axios, Celsius has more than 100,000 creditors globally and is trying to restructure (i.e., resurrect) the firm versus liquidating it. Unfortunately, Celsius customers dont know if they are going to join the 100,000 creditors as unsecured creditors or securities account holders. In bankruptcy, its all about priority and you dont want to be in the unsecured creditor bucket.

The good news is that Celsius paid its last large DeFi loan, which released about $1 billion in collateral that Celsius could, in theory, use to provide liquidity to customers. The bad news is KeyFi, a former DeFi money manager for Celsius, has filed a lawsuit claiming Celsius is just a big Ponzi scheme. KeyFi also alleges that Celsius used customer assets to manipulate markets, both serious allegations that are sure to garner the attention of both U.S. civil and criminal regulators. We should expect other large investors to file lawsuits to improve their chances of recovery from something Celsius.

The SEC is starting to soften its tone against the industry while also continuing to bring enforcement actions against participants. The goal? To get crypto exchanges to submit to SEC oversight as securities exchanges. That would, of course, require an admission that such assets are securities. Congress, Treasury, the Fed, and the CFTC may have something to say about that topic. But if one or more of the U.S. exchanges would submit to regulation, that would open the path for a spot Bitcoin ETF such as Grayscales GBTC (upon conversion from a closed-end fund to an open-end fund).

Assuming the SEC and at least one crypto exchange cant come to terms, then well all be waiting for Congress to start providing guidance on who should regulate cryptocurrencies and how. The recent grizzly bear market in these assets will help get Congress to act, as more constituents call their representatives and senators to complain about huge losses in the space, bankruptcies, etc.

At this point, the state of crypto has become a game of Hurry Up and Wait. As we wait for governmental insight and regulation to come into play, investors need to remain diligent in how and what they invest their hard-earned money into and try to keep an eye on forecasts and what may happen in the markets. Lenders need to make sure they are following best practices and committing due diligence to making sure their clients money is well spent and well regulated. Here at FinTech Law, were keeping our eyes and ears on every facet of the crypto and DeFi spaces to make sure you have all the information needed to make smart, informed decisions. Stay tuned for our next blog regarding the crypto space and make sure to contact our team for any assistance on crypto or the crypto space. 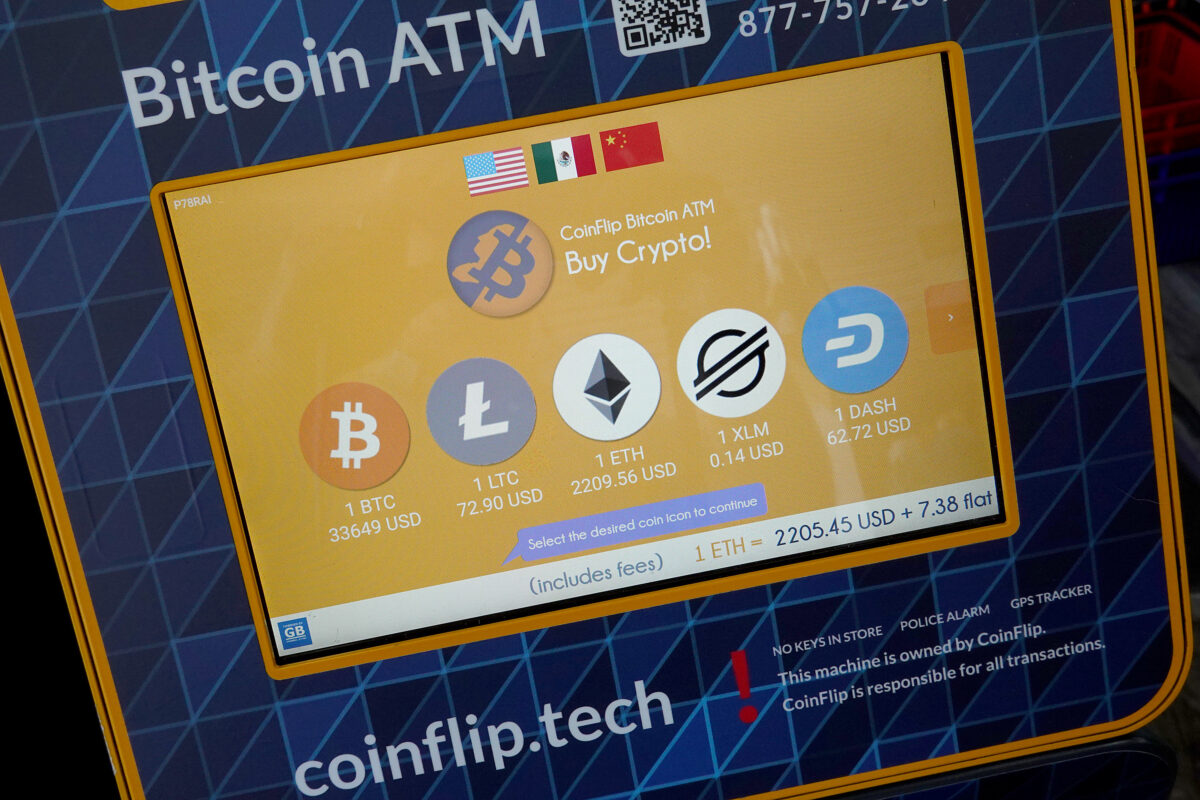 How can we make cryptocurrencies more ESG-friendly? The EU is on a fintech and crypto regulation tear. Will Rishi Sunak help the UK play catch up?