Hello, and welcome to Protocol Entertainment, your guide to the business of the gaming and media industries. This Friday, were discussing Sonys new digital collectibles and how the game industry has soured on NFTs. Also: what to read, watch and play this weekend.

The game industrys messy relationship with crypto concepts like the blockchain and NFTs soured in dramatic fashion yesterday when Sony launched a new digital collectibles feature for a revamped PlayStation loyalty program.

What might have been a golden opportunity for Sony to march proudly into Web3 instead turned into a telling moment for the flagging NFT market, as Sony emphatically emphasized it was not in fact selling digital tokens of the non-fungible variety and had no plans to do so. For game companies, NFTs have become damaged goods.

Sony isnt alone. Companies across the game industry and beyond are distancing themselves from NFTs sometimes just in name alone in a way that signals a reputational crisis for a technology Web3 enthusiasts claimed would be revolutionary.

The game industry turned on NFTs for two reasons. The first one is obvious: Some players hate them with a burning passion, and many at the very least are entirely ambivalent toward them. The second reason is the crypto crash, which has seen cryptocurrency prices plummet and NFT trading volume tank.

The underlying concept of NFTs makes sense for gaming. Its the implementation that needs work. One of the highest-profile examples, and a telling test case for the rest of the industry, was Ubisofts Digits, which failed rather publicly and quickly.

NFTs are not going to disappear completely. But as Take-Twos Zelnick predicted, we may be seeing a reset in real time as companies distance themselves from the NFT phrase a poisoned well, from a marketing perspective and look beyond to much more useful takes on digital ownership. It may be that blockchain tech is involved. Or, as Sony has figured out, it may not require a blockchain at all.

I think weve only seen the tip of the iceberg. Most of the headlines were stolen by profile picture NFTs, but I think they have way more use cases, Mihai Vicol, the metaverse lead at market research firm Newzoo, told me recently. I think the concept of an NFT if you strip it down is a very powerful concept. The idea of owning a digital item that is verifiably scarce and verifiably yours it cannot be faked and it exists as an original.

But, Vicol added, I think game companies need to do more work and figure out how to best implement these NFTs in games.

A MESSAGE FROM SOUL MACHINES

Soul Machines co-founder and CEO Greg Cross and his co-founder Mark Sagar, Ph.D., FRSNZ are leading their Auckland and San Francisco-based teams to create AI-enabled Digital People to populate the internet, at first, and soon the metaverse.

#TGIF: How to spend your weekend

No one is coming to save these kids. Instead, the teachers make do, often using hilarious shortcuts to overcome resource scarcities and other challenges. And while all teachers are heroes in my book, Abbotts band of characters are so lovable and fun to watch because they are imperfect, insecure and quirky.

The Road to All-Day XR Glasses Medium. Apple, Snap and Meta are all trying to invent the next big thing: AR glasses that can be worn for hours at a time and eventually play as big a role in our lives as the smartphone. AR/VR pioneer Avi Bar-Zeev sums up some of the key challenges these companies are facing, and shares his thoughts on how to overcome them.

Stranger Netflix. This South Korean crime drama features Cho Seung-woo as a prosecutor who had a lobotomy that left him unable to feel emotion. Its a trait that has made him ruthless, and incredibly effective in his job, but also in need of being kept in check.

Enter Bae Doona of Kingdom and Sense8 fame, who plays a cop tasked with grounding her steely partner and helping him with his blind spots. Stranger first debuted in 2017, but with Korean fare becoming hugely popular on Netflix in recent months (Squid Game, All of Us Are Dead), nows a perfect time to rediscover this gripping gem of a show.

PatchWorld Meta Quest. There have been many takes on music experiences in VR. Some are more gamified, like Beat Saber and Audica, whereas others are trying to reinvent more traditional studio or DJ environments in VR (Electronauts, Tribe XR).

PatchWorld aims to combine the best of both worlds by offering access to sequencers and everything else youd need to make your own tracks, while also letting you jam in weird and trippy underwater worlds with moody ocean spirits. Its odd, intriguing and a lot of fun.

A MESSAGE FROM SOUL MACHINES

Soul Machines is at the cutting edge of AGI research with its unique Digital Brain, based on the latest neuroscience and developmental psychology research.

Thoughts, questions, tips? Send them to entertainment@protocol.com. Enjoy your day, see you Tuesday.

A fool and his money shall soon part 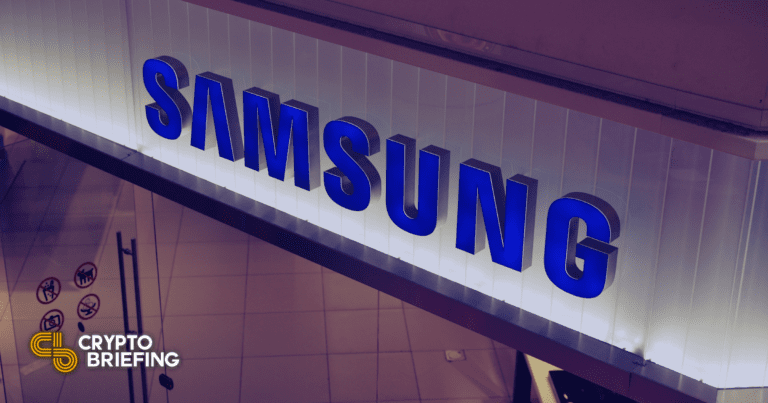 Matts Crypto Shares how to Find and Flip the Best NFTs Beware! These Crypto Scammers Pose As Journalists, Nfts On Twitter. What To Watch Out For