One of the biggest promises of cryptocurrency is its ability to make digital payments universally accessible to anyone in the world, no matter where they are located.

The decentralized finance movement, or DeFi sector, is an offshoot of the crypto industry that takes this promise a step further, allowing anyone to access a wide range of global financial services through an internet connected device, including saving, lending, borrowing, trading and insurance, to name just a few of the most common.

DeFi is possible thanks to smart contracts, which execute automatically once pre-agreed conditions have been met. With smart contracts, developers can build decentralized applications, or dapps, that are extremely sophisticated.

A dapp is really just an application that’s decentralized, as opposed to apps operated by a centralized entity or company. They enable some incredible possibilities, such as automated loans between two individuals located in different countries, without the need for a bank. Other DeFi apps allow users to mint their own stablecoins, lend money and earn interest for doing so, take out loans, exchange digital assets, trade them short or long and conduct advanced investment strategies through concepts such as yield farming and liquidity mining.

If DeFi sounds intriguing, then read on to discover some of the top DeFi apps that are available for anyone to start using right now. To access them, it’s required to use a crypto wallet with a built-in dapp browser, such as Bitcoin.com Wallet, Coinbase Wallet or Coinomi, or alternatively you can use a browser-based plugin wallet such as MetaMask.

Compound is one of the most popular dapps for borrowing and lending cryptocurrencies. With it, users can lend their crypto to a third-party and earn interest on that loan. Alternatively, if someone needs some cash to buy groceries or pay the rent, but their assets are tied up in crypto investments, they can take out a collateralized loan instead. Compound’s smart contract works by automatically matching lenders and borrowers, adjusting interest rates on a dynamic basis according to supply and demand.

Other DeFi protocols for borrowing and lending include Aave or dYdX. It’s also possible to use a service such as LoanScan to track the most popular protocols in order to find the best rates.

With Uniswap it’s possible to trade hundreds of different cryptocurrency tokens without the need for an intermediary. Instead of depositing them on an exchange such as Coinbase or Binance, users trade their tokens from directly within their wallets. It’s a much safer option for traders because it means they retain control of their private keys, so they can’t possibly lose access to their funds – as is what happened recently on the centralized FTX exchange.

There are in fact many popular decentralized exchanges. Uniswap is one of the biggest, but other options include 0x, AirSwap, Bancor, SushiSwap and Polkaswap. The majority of these DEXs rely on an automated market maker to automatically settle trades between two users at a rate that’s close to the market price. In order to facilitate trades, DEXs rely on liquidity pools, which are user-donated pools of funds. By supplying tokens to a liquidity pool, it’s possible to earn a share of the trading fees as a reward.

MakerDAO is a decentralized reserve bank and stablecoin project, whose token DAI is pegged to the U.S. dollar and backed by cryptocurrencies as collateral. Stablecoins are extremely important for DeFi traders as they provide the stability of traditional fiat, without any risk of the price volatility that’s associated with Bitcoin and other tokens.

DeFi users can make their own DAI-based stablecoin using the Maker Oasis dapp. In addition, users can hold a separate governance token called MRK that enables them to vote on important decisions, such as the protocol’s stability fee, which is similar to how the Federal Open Market Committee votes on the Federal Reserve’s Funds Rate.

Liquidity mining protocols like Balancer encourage users to lock up pairs of tokens into a liquidity pool at a specified rate, in return for receiving what’s known as a Liquidity Provider token. In Balancer, users can lock up funds to earn transaction fees, and in return they can receive BAL tokens, which can then be staked elsewhere to earn additional rewards.

To gain Balancer’s voting token, veBAL, which makes it possible to participate in the protocol’s governance, users must lock up their BAL tokens for a specific time period, the length of which is directly correlated to the weight their vote carries.

Taking advantage of this to enable further rewards is Aura Finance, a meta-protocol that’s reliant on Balancer. Instead of locking their BAL tokens into one of Balancer’s liquidity pools, token holders can instead opt to lock their BAL into Aura’s protocol, which instead of giving them non-transferable veBAL, instead provides auraBAL tokens at a 1:1 rate. Unlike veBAL, auraBAL can then be traded or staked on Balancer to earn additional rewards.

auraBAL can also be staked to receive the normal Balancer admin fees that one would receive for just holding veBAL. Additionally, staking auraBAL allows holders to earn both the regular admin fees and a separate pool of AURA tokens as a reward.

Similar complex liquidity mining opportunities are available on protocols like Curve, which led to the advent of the “Curve wars” as multiple whales and DAOs attempted to gain influence over the protocol.

Getting into some of the weirder DeFi use cases is Synthetix, which is a platform that makes it possible for users to create and then swap synthetic versions of real-world assets such as gold, silver, traditional currencies like the U.S. dollar or Euro, and even other cryptocurrencies. On Synthetix, these synthetic assets can only be minted after being backed by excess capital that’s locked into smart contracts.

Platforms like Augur and Guesser are known as prediction market protocols. They’re relatively nascent ideas where users are able to vote on the outcome of specific events, with the difference being that they must attach a value to their vote. Users then win rewards if they correctly guess the outcome of a given event. While prediction protocols are a relatively new idea, they hint at a future where DeFi users can enhance their predictive capabilities by following the wisdom of the wider community.

Of the infinite possibilities enabled by DeFi, one of the most fun is PoolTogether, which bills itself as a “no loss” game for anyone who wants to play. The way it works is, users simply deposit DAI stablecoins into a common pot which is then staked on other protocol. At the end of the month, one lucky provider is chosen at random to win all of the interest those collective funds earned, with everyone else being returned their initial stake.

What Will DeFi Do Next?

Crypto is the latest embodiment of a financial system that has been in place for as long as humans have existed. The world has evolved from barter systems to traditional finance and now DeFi is aiming to be next. This is why we can expect to see the entire system of traditional finance being rebuilt within the crypto ecosystem.

While the first generation of DeFi apps has relied heavily on the use of collateral as a safeguard, more traditional crypto lending and borrowing is going to require some kind of identity system that will enable borrowers to build up a credit rating and increase their borrowing power. However, unlike today’s identity and credit systems, decentralized identity services will also be required to retain user privacy.

As blockchain-based finance advances, crypto wallets will emerge as portals to someone’s entire DeFi experience and activity, just as how the internet browser serves as their portal to social media, news and information. Picture a single dashboard that not only reveals what assets someone owns, but also the investments they have locked up in different DeFi protocols.

With DeFi, something magical is taking place within the financial world, leading to new possibilities around the functions of money. DeFi might be playing catch up with traditional finance today, but in the future it’s going to lead to countless new innovations that we’re only just beginning to imagine right now. 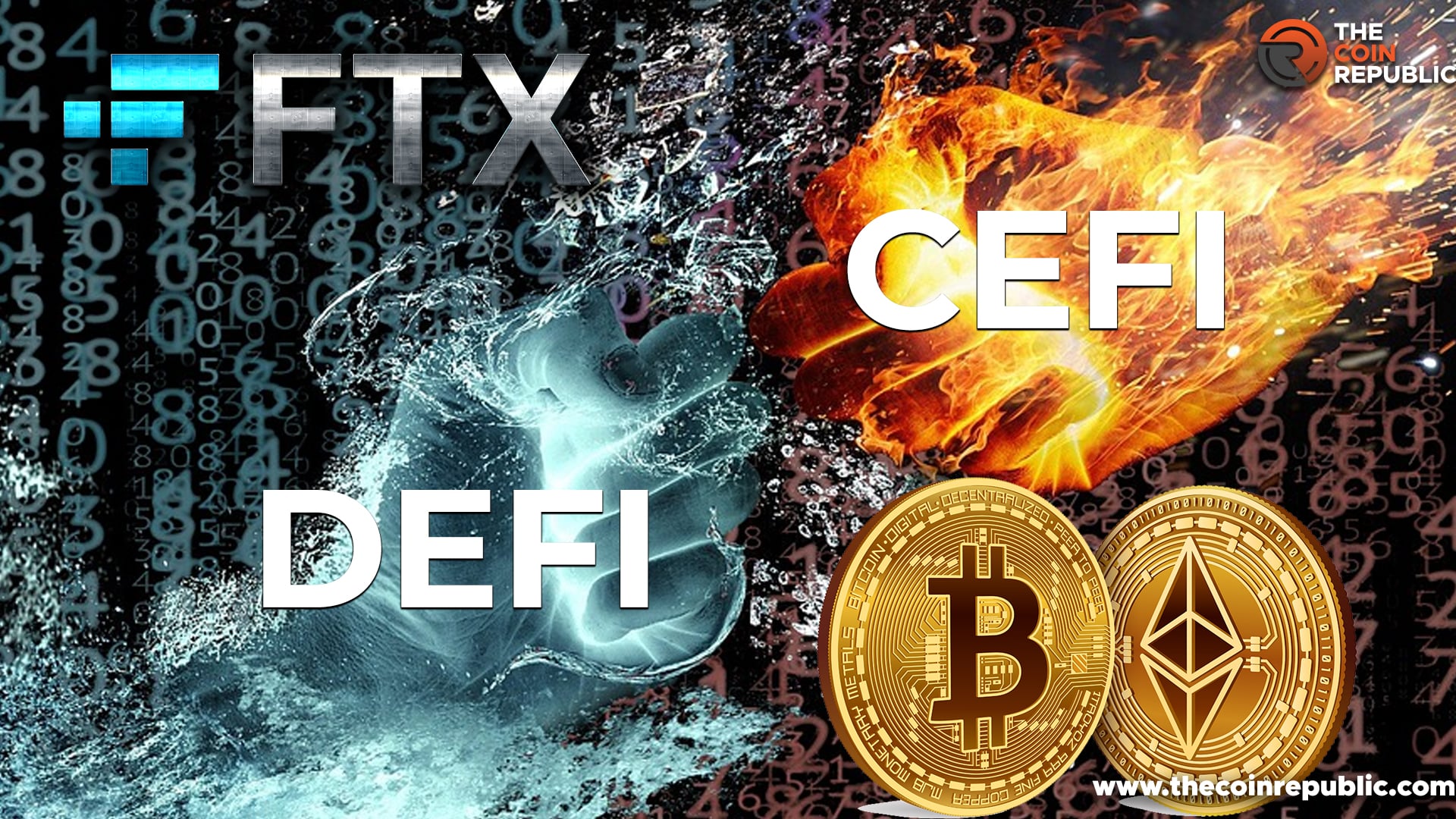 The Switch of Crypto Users from CeFi to DeFi Platform

TradersClub is delighted to present you The Bullet 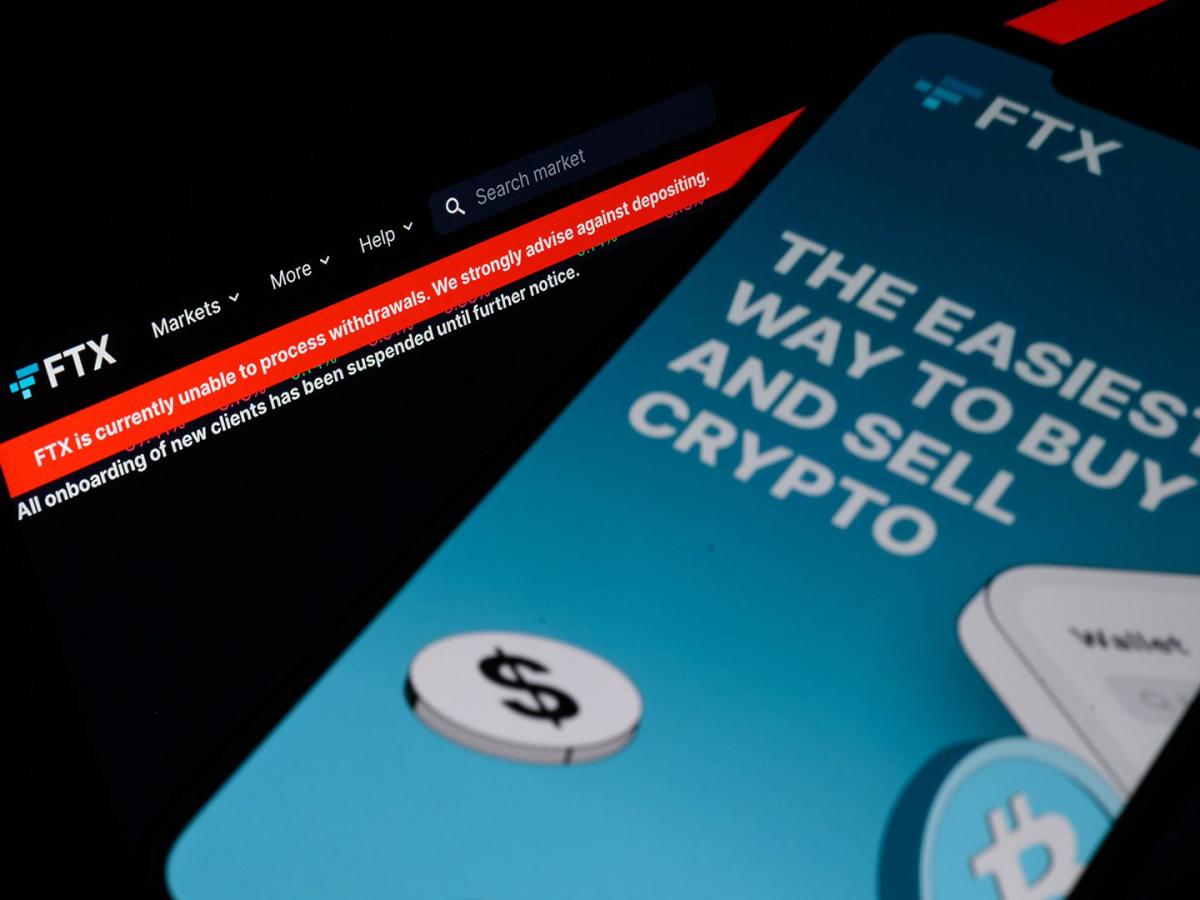 How 2021 became the year of Bitcoin, DeFi and BitOasis – News