We are six months deep into a crypto crash that has wiped out $1.6 trillion of the asset class’s market capitalization, so what have we learned? Judging by the resurrection of the protocol that experienced the cash’s most dramatic implosion, and a spate of new and buzzy Web3 projects and multi-billion-dollar investments: absolutely nothing.

Participants in the Terra-Luna ecosystem, where $40 billion was wiped out after a run on its UST stablecoin, causing untold pain to average people who invested, recently approved a proposal by its founder to abandon the original blockchain and token and simply create a new blockchain. The new protocol is called Terra 2.0, and won’t have a new version of UST, but will resurrect the Luna token that crashed to near-zero. A protocol to bootstrap NFTs on the new Terra chain, called Soil, was announced early Thursday with a tweet promising to “nurture projects with nutrients and organic matter that together, support life and build the ecosystem.”

There’s also been a slew of new and ridiculous-sounding projects. STEPN, a new “move-to-earn” crypto fitness app has exploded in popularity and rewards users with Green Stoshi tokens (GST) for physical activity as long as they own at least one pair of STEPN’s NFT sneakers. Sneakers generate energy which can be converted into GST tokens depending on each sneakers’ “efficiency rating.” During its beta, players could make anywhere from $5 to $50 depending on the type and number of NFT sneakers owned. New sneaker NFTs can be minted by burning GST and the game’s governance token (GMT), with a cost that increases each time. If this sounds familiar, it’s because this is how Axie Infinity’s token economy operated before its own death spiral.

STEPN users jokingly describe it as a “ponzi,” and even usually stalwart crypto-believers are warning other investors of the potential for a crash where they lose everything, but that hasn’t stopped the hype train.

Or consider this blast from the past: WeWork’s co-founder and former chief executive Adam Neumann is back with a Web3 climate startup that bills itself as a “pioneering climate technology company that brings carbon credits onto the blockchain” with a carbon credit token called “Goddess Nature Token.” Neumann, who wasted billions propping up a fundamentally unworkable and fraudulent business model that distorted global commercial real estate markets, raised $70 million thanks to the sale of this token and a venture round led by Andreessen Horowitz’s (a16z) crypto fund to help distort carbon markets.

Also in the midst of the crash, Ethereum co-founder and figurehead Vitalik Buterin published a paper summarizing his vision for Web3. It centers around un-transferable “soulbound” tokens attached to “souls” that act as an augmented reality layer on top of social life. It’s safe to say that even with nearly every crypto coin in the red, things have only begun to get truly weird.

Venture capitalists are also not done fueling the crypto ecosystem. A JPMorgan note to its analysts reported that the crypto economy is largely being cropped up by venture capital cash and this is unlikely to change given recent collapses of projects and asset prices more generally.

A cursory look confirms this: the largest investors in the industry are “crypto-native” firms who have nowhere else to go, while the single-largest investor (a16z) has raised $4.5 billion for its fourth crypto fund to help weather what it calls a “crypto winter.” Alan Howard, British billionaire and hedge fund manager, has also revealed that he has spent the past two years building a portfolio of investments in public and private markets, crypto tokens, NFTs, infrastructure, market making, trading software, and more, and has no plans to slow down.

“Cryptocurrency infrastructure was (and still is) heavily designed around the needs of retail traders. It was inefficient, cumbersome, illiquid, and incapable of handling the high-volume transactions that institutional investors require,” he added. “I wanted a lower barrier for institutions to make it easier for them to enter the digital assets space.”

The political establishment also seems unlikely to back off now. On Tuesday, Cory Booker staffer Rashan A. Colbert took to Twitter as his boss took the stage to talk at the 2022 DC Blockchain Summit and summarized talking points “he might talk about.” Chief among them was that minorities, specifically Black people, were “leading the way in adoption of digital assets,” that crypto was a commodity not a security, and that it held “incredible equalizing power and opportunity” for people not included in the traditional financial system.

When Spike Lee did the wrong thing and made an ad for crypto ATMs last year, he used similar talking points: Black people, who according to an FDIC study were underbanked because they didn’t have enough money for an account or disliked unpredictable fees or distrusted banks, would feel at peace in an ecosystem dominated by volatile assets, unpredictable transaction fees, and rampant fraud.

Not only were these talking points previously used when crypto markets were on the up, but they were also used in the lead-up to the housing crisis as lenders targeted minorities with subprime loans. As anti-crypto economist Paul Krugman pointed out, at the time this was celebrated as a way to open up homeownership to previously excluded groups, even though they often didn’t understand how risky these products were. Since the bubble burst, Black household wealth and homeownership rates have failed to recover—the COVID-19 pandemic only made things worse.

In May, the Wall Street Journal suggested we may be witnessing the beginning of the end of NFTs given a persistent decline in retail trade activity, but given the confluence of trends we’ve listed above it’s hard to see that coming to pass. The minimum price for a Bored Ape Yacht Club NFT has deflated significantly, but still sits at nearly $200,000. A new NFT project called Goblintown.wtf (Goblin Town is what crypto investors call a major crash) has amassed $18 million in trade volume. Motherboard reporter Maxwell Strachan has also written at length about other incentives that could sustain NFT trading activity, namely speculation and capital-raising among real estate and “metaverse” firms.

It’s worth repeating because of how unbelievable it is: despite a six-month downturn that has wiped out $1.6 trillion from crypto markets, we are seeing investors who have everything to gain rally investors who have everything to lose in a bid to prop up the crypto ecosystem. We’re seeing attempts to paint crypto as a commodity instead of a security, rhetoric about financial inclusion for marginalized people despite the rampant exploitation, the revival of projects that have already imploded spectacularly, and the resurgence of new projects that follow the well-trodden paths of earlier failures.

All of this has led some crypto investors to wonder if the bottom is really in; with so much “fluff” in the air, maybe there is more left to fall to Earth. In any case, it’s clear that nobody has learned anything.

Most gamers have little interest in NFTs 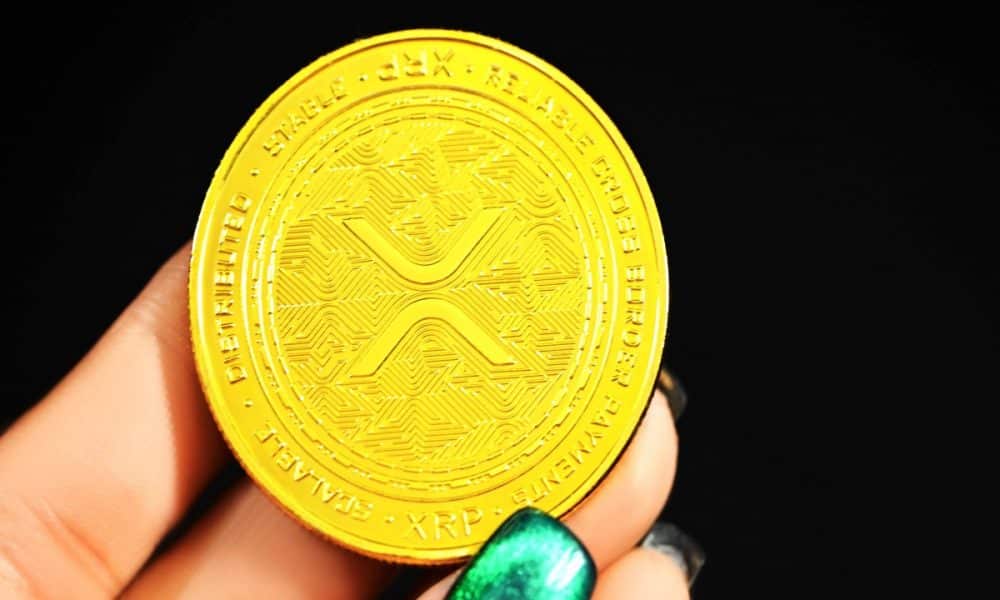 XRP: Decoding the launch of XLS-20 NFTs standard for LTH

13 March 2022
Get the inside scoop by becoming a GEM INSIDER today!