With the recent announcements claiming to elevate the utility and adoption of Polygon Network, the MATIC price rally is being postulated to touch the $1 mark. The market sentiment surrounding the asset is highly bullish at the moment.

The Polygon network has decided to step into Blockchain gaming and is trying out partnerships for the same. Polygon is powering free deposits to the Polymarket.

Epic League has already beta-tested a role-playing game – ‘Dark Throne’ which is set to launch in Q3 2022 on the Polygon Network. Testing revealed an approximately 70% retention rate amongst the players on the 7th day. With the sizeable predictions, the game can be expected to launch successfully with Polygon Network.

To drive a wave of projects at the MATIC network, Polygon also teamed up with Techstars London for a Web3-specific Accelerator Program and the Gaming partnership.

“Polygon and Techstars have teamed up for an accelerator program offering hands-on mentorship, personalized programs, and investor networking opportunities to a cohort of founders building on Polygon and in web3 foundation

Initiating the Accelerator program, MATIC announced that applications would open on August 29, 2022, and the selected projects would begin to work in early 2023. The MATIC’s partnership with Techstars is a tactic to move tens of millions of developers onboard onto Polygon’s ever-growing, diverse, and green network.

Followers : 0 View profile can be seen as a leading development in the ecosystem. Also, the Polygon ecosystem has been seeing increasingly newer partnerships. Therefore, MATIC’S utility is driven primarily by Polymarkets – the global information platform.

Najumi proclaimed that a spike in the selling price has been limiting MATICs upside threshold and deviating it from its psychological growth track to $1.

If selling pressure on MATIC reduces, there is a possibility of a rally to $1.

Crypto Analyst and Trader, Pentosh declared that a clean break past resistance at $0.97 could push MATIC price to the range between $1.2 and $1.4.

DeFi Protocols At Higher Risk Of Exploit During The Bear Market, Heres Why Terra (LUNA) 2.0 Price Spikes Along with LUNC, This May be the Target For the Weekend! 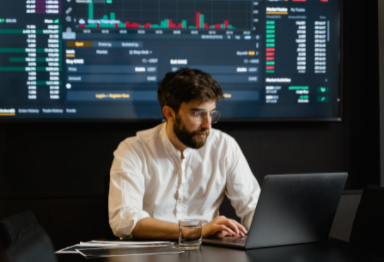 Reasons Why You Might Want to Invest in Altcoins