While Bitcoin will always lead the pack as the most popular store of value, theres no denying that Ethereum remains the undisputed king of smart contracts, and it’s share of the crypto market continues to to go up.

Bitcoin market dominance (percentage of market capitalisation compared to the entire crypto space) has remained more or less around 40% for the past two years; before that it tended upwards of 60% following the 2017 boom.

BTCs dominance has reduced, but its still by far the largest crypto by market capitalisation Source: messari.io
In comparison, Ethereum has held onto a roughly 20% market dominance in the trailing two years, while it tended downwards of 10% following the 2017 boom.

During that boom when thousands of altcoins came to the market with initial coin offerings, thus inching the crypto markets close to one trillion dollars for the first time in history Ethereum did manage to claim a 30% market dominance, but the rally was short lived as the markets came back to earth. 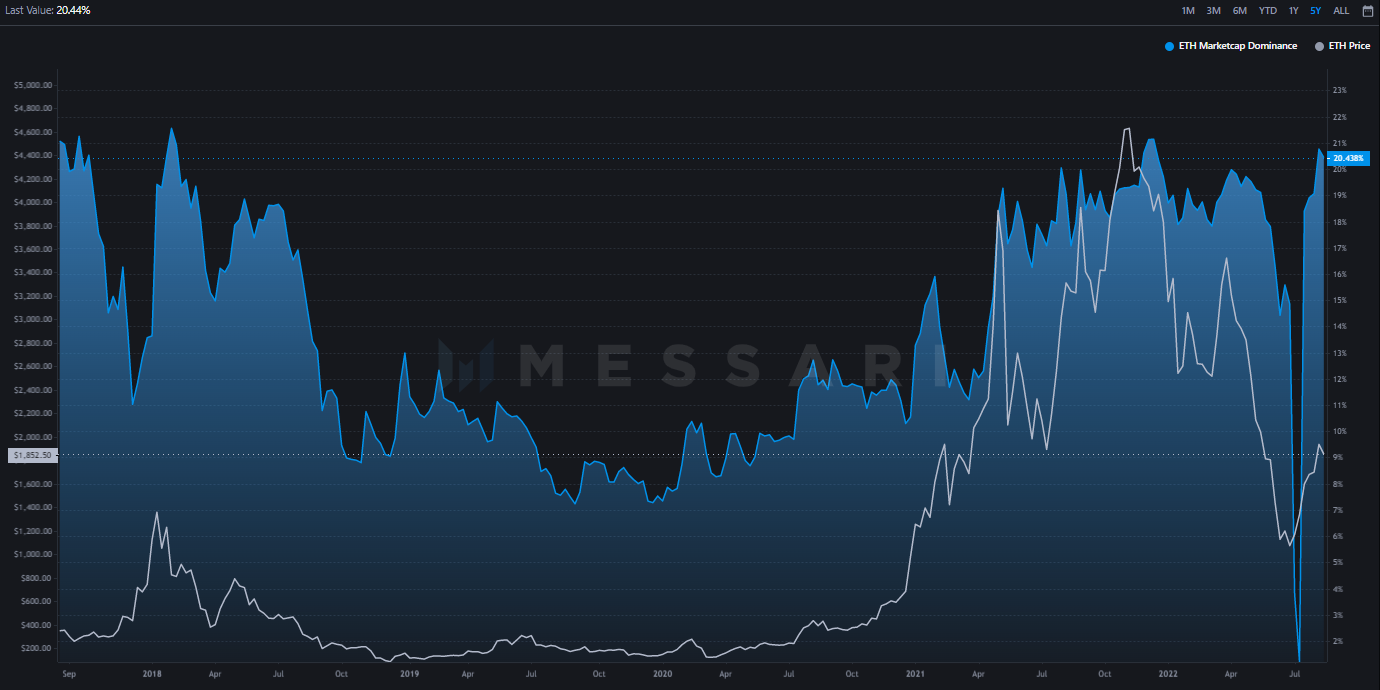 Ethereums dominance has doubled over the past few years Source: messari.io

The question going forward is: Does ETH gain or cede ground from here?

But when you look at the market dominance of these so-called Ethereum Killers, none tends to stack up on an individual basis, despite being objectively more scalable and cheaper, sometimes by a factor of thousands.

Putting aside the inroads these platforms have made into the crypto space, the fact of the matter is, ETHs market dominance has only increased, and theres potentially even more good news on the horizon.

With the long-awaited Merge finally underway, Ethereum will become immensely more efficient, faster and scalable in the near future.

As pointed out by UBS strategist James Malcolm, this could undermine the existential case for other Layer 1s.

What does need to be taken into consideration, however, is that The Merge is only the first stage in Ethereums quest for scalability.

As Proactive recently pointed out, The Merge will not actually go far in upscaling Ethereum, but will rather serve as a springboard to things to come in the years ahead.

Regardless, Ethereums efficiency will become more in line with the likes of Solana in the not-too-distant future.

Though as Malcolm said, it’s not to say that upstarts won’t create a splash any more, as VCs continue to support them in the hope of replicating spectacular past investment returns”.

Layer 1s a boon for VCs

None of these alternative Layer 1s have come close to beating Ethereum, but they have made investors a lot of money, Smith said in an interview with The Block, adding: If youre an early investor in a Layer 1 that gets some kind of scale, even if its small scale, thats generated phenomenal returns for you.

Another US$150mln was raised in July in a round led by FTX, bringing total current investment in Aptos to US$350mln.

To put that into perspective, Solana only raised US$25mln in its funding round.

Sui, another Layer 1 project comprising ex-Meta engineers, raised US$36mln in a December 2021 round led by a16z.

We raised $36M in our first funding roundhttps://t.co/wATTZt3NYI

But it remains to be seen whether next generation stars such as Aptos and Sui can make significant inroads as did Cardano, Polkadot and Avalanche, said Malcolm.

Ultimately it seems likely economies of scale or agglomeration effects will weigh in favour of just a very few of the most established player(s).

Perhaps the VCs just dont really care if the projects succeed or fail.
VCs typically receive a portion of tokens in return for their investment, so even if a project fails to gain traction, dumping tokens at the right time can generate healthy returns regardless, even if thats at the expense of the wider community.

So, does ETH gain or cede ground from here?

With The Merge pegged for either September 15 or 16, and major scalability upgrades planned for 2023 and beyond, that position will soon be determined. 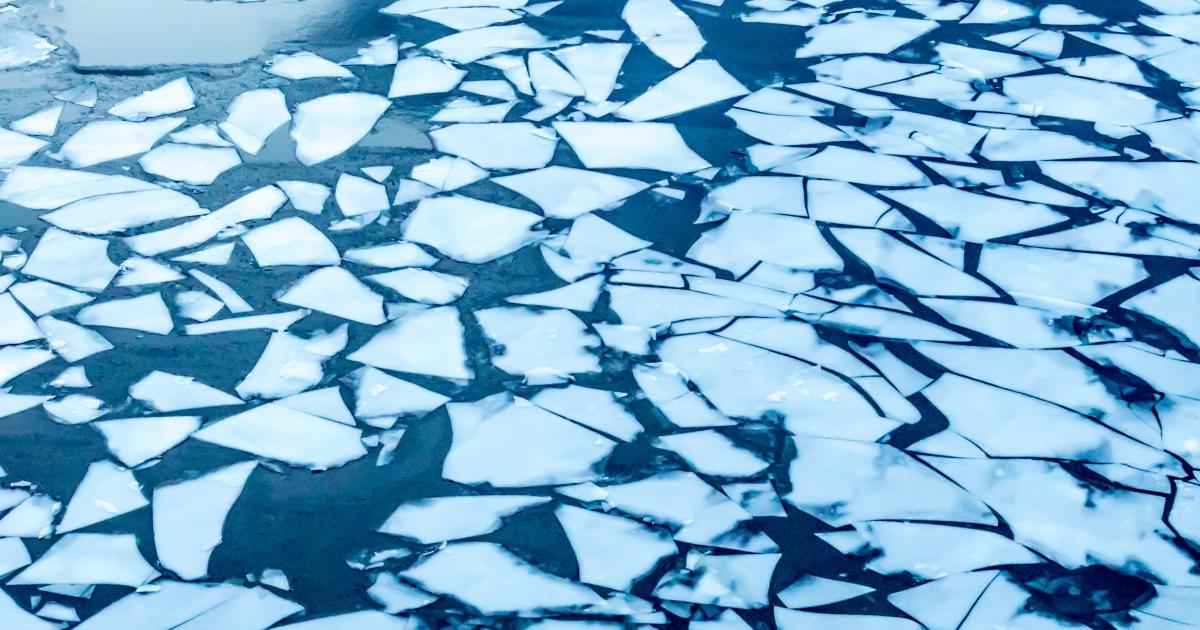 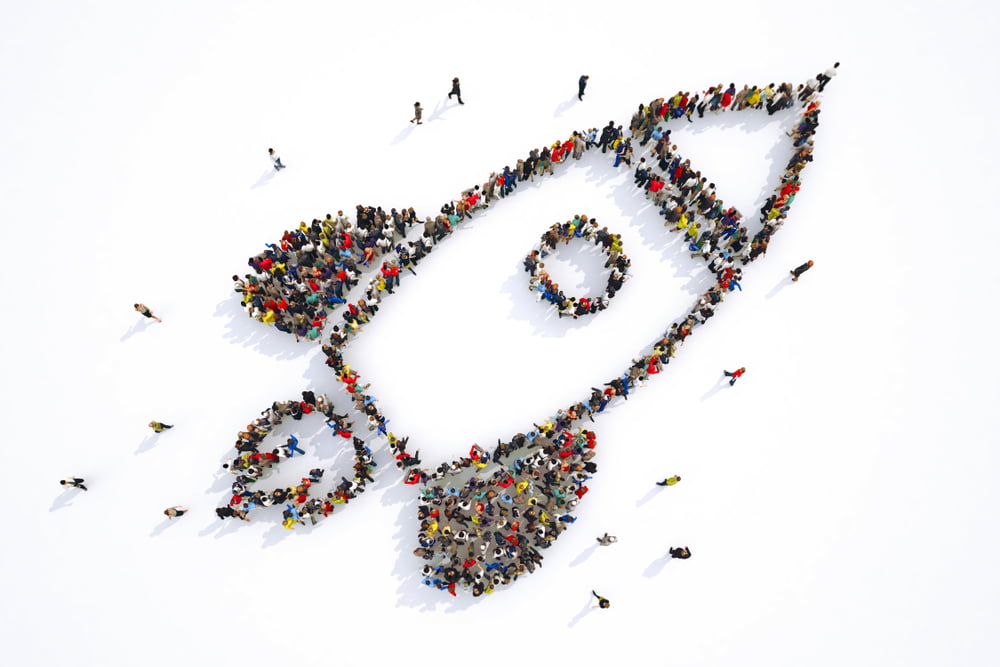 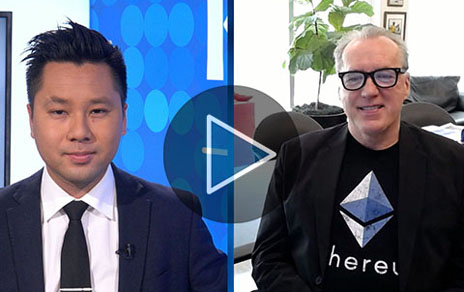 Next coin to explode is Ethereum, here’s why – Frank Holmes 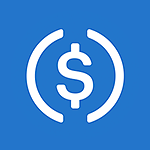