As per the exchange release shared with Be[In]Crypto, the index will measure the performance of the crypto market in the Indian rupee (INR).

But, CRE8 will track the performance of only eight major virtual assets for now, which constitute over 85% of the total capitalization of the Indian crypto market on the CoinSwitch app, the release noted. The assets include BTC, ETH, BNB, XRP, ADA, SOL, DOT, and DOGE.

That said, the launch comes at a time when the crypto industry in India awaits legislative certainty for the sector. Meanwhile, weak market conditions persist as the global cryptocurrency market cap remains under $1.3 trillion at the time of writing.

The Economic Times cited Sankar remarking at an IMF conference, “We believe that CBDCs could actually be able to kill whatever little case that could be for private cryptocurrencies,”

Recently, the economic affairs secretary Ajay Seth had revealed that the Indian government hasconcludedits consultation paper on cryptocurrency. But before the government could even unveil the paper, the country’s central bank hinted that it is unlikely to change its negative stance on virtual digital assets (VDA).

However, the industry has made it clear that CBDC will not replace VDA in the local report. Instead, most of the players believe that the two will complement each other.

Vikram Subburaj, CEO of Giottus told the daily, “A blockchain-based payment system with sovereign backing is unlikely to be a challenger for cryptocurrencies in general.”

What do you think about this subject?Write to us and tell us! 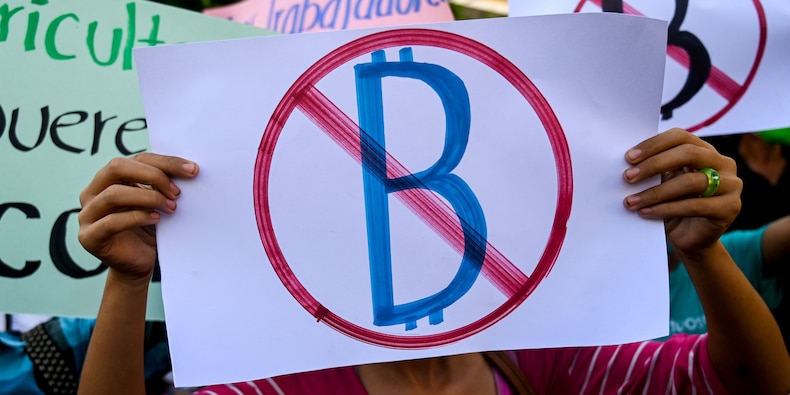 Bitcoin’s slump could be the start of a ‘crypto winter’ that sees prices crash, UBS says. Here are three reasons why. | Currency News | Financial and Business News

Bubble in the air: The Hindu Editorial on the need for regulating cryptocurrencies