Editors note: Morning Money is a free version of POLITICO Pro Financial Services morning newsletter, which is delivered to our subscribers each morning at 5:15 a.m. The POLITICO Pro platform combines the news you need with tools you can use to take action on the days biggest stories. Act on the news with POLITICO Pro.

Rep. French Hill has been a leading Republican voice on digital currency oversight the last few years, and hes now being tasked with chairing the first Financial Services subcommittee dedicated to crypto.

But dont expect a sales pitch on how the technology will solve the worlds problems.

Ive never been a crypto evangelist, the Arkansas Republican told MM. Ive been, I think, a proponent for fintech innovation to be done onshore in the U.S., inside our U.S. regulatory framework.

You should pay close attention to Hills perspective because, as chair of the subcommittee on digital assets, financial technology and inclusion, hell play a key role in legislation and oversight of crypto as Washington moves closer to setting new rules for the industry.

I see the idea of blockchain and digital payments as emerging technologies that may be here to stay if those innovations produce a use case that the business community and consumers prefer to non-blockchain, non-distributed ledger, non-digital token forms of payment and commerce.

Its something that potentially has a future, and therefore we want to have an environment where people can consider those use cases, consider the use of that and develop it, but do so in a way thats consistent with American laws and tradition and commercial practices.

Where he draws the line

Im certainly skeptical of what Ive read from the progressive left that somehow digital currencies or that kind of thing are the end-all, the be-all to greater access to wealth and equity.”

I dont think theres a silver bullet to expand opportunity for people to have financial independence, or that, in any way, some fintech innovation or cryptocurrency innovation is going to lead to nirvana in that financial equity space.”

I do believe that lowering the cost and improving the accessibility of core financial products for people helps people of all incomes.

[House Financial Services Chair] Patrick McHenry has digital asset oversight as a principal goal of his for this Congress. And secondly, our staff and our full House Republican team, all the members, were very engaged last August through October working with House Democrats on an idea around stablecoin definitions and regulation. So I think that is a logical starting place.”

But I believe the Congress also has many different viewpoints now following the FTX collapse. And we have more engagement from the Senate than we would have had last summer which is a positive thing, I believe.

Youve got the data ownership issue. The idea of open banking who owns the data.”

You have the idea of tri-party authentication and abandoning username and passwords so that you have a much more cyber-protected, defined authentication process as to who is engaging in the transaction.”

At U.S. Bank, we think of ourselves as a neighborhood bank in thousands of neighborhoods across America even though were the fifth largest bank in the nation. From supporting veterans to helping more Americans finance their dreams, U.S. Bank is truly small enough to care, and big enough to make a difference. Learn More

Biden will meet with Democratic congressional leaders … Acting Comptroller of the Currency Michael Hsu talks financial stability during a Goethe University conference at 6:05 a.m. … The CFPB’s Appraisal Subcommittee holds a hearing on appraisal bias at 10 a.m. …

The latest on the debt ceiling

Senate Majority Leader Chuck Schumer on Monday dared House Republicans to propose plans to cut the budget. Put your proposals for debt ceiling on the floor, let the entirety of the House debate it and vote on it, and let the American people see and assess these cuts for themselves.

President Joe Biden will meet with Democratic leaders from the Hill today.

Incoming House Budget Chair Jodey Arrington told our Budget & Appropriations colleagues that the U.S. wont default but that we cannot move forward with our Democratic colleagues and this president with a new line of credit with no strings attached and no guardrails.

China criticized the U.S. for its catastrophic debt problem.

McHenry backers brush off diversity controversy Republicans close to the Financial Services Committee believe the diversity and inclusion flap between Chair Patrick McHenry and a handful of conservative pundits wont amount to much, and that the criticism hes getting misses the point of his committee reorganization.

For those not up to speed, McHenry is eliminating Democrats dedicated Financial Services diversity and inclusion subcommittee and instead spreading the issue across the jurisdiction of other subcommittees. The move triggered accusations from FreedomWorks and a few commentators on the right that he is advancing a woke agenda.

But McHenrys members arent complaining at this point. Rep. Byron Donalds, a Freedom Caucus member who will be the only Black Republican on the committee, told our Eleanor Mueller in a statement that he has complete confidence in McHenrys agenda.

The diversity and inclusion we plan on addressing are far from the road of woke policies like ESG investing or [virtue] signaling on Wall Street, and any suggestion otherwise is misleading, Donalds said. It is beyond time for our country to look at diversity and inclusion as a way to truly mobilize and amplify people rather than practice placation.

One former conservative House aide also pushed back: He dismantled the sole subcommittee that was devoted to promoting ESG policies, and now groups and individuals on the far right are attacking him for it.

Elsewhere in ESG land State Street CEO says Republicans have left facts aside From Ron OHanleys interview with the FT, where he addressed GOP attacks on environmental, social and governance investing: For us it is not a political issue. It is nothing more than the proposition that climate needs to be incorporated into our investment risk framework.

Warren Davidson: Stablecoin is lightest lift among crypto bills The incoming vice chair of the House digital asset subcommittee told MMs Sam Sutton that stablecoin legislation is probably the thing thats easiest to get out of committee. (You can watch part of the interview in this video.)

Davidson said hes hopeful the legislation will include provisions that would grandfather in stablecoin issuers who have already registered with state agencies like the New York Department of Financial Services.

We were so close last Congress to getting there. I think that’s it’s kind of like the crawl, walk, run phase, the Ohio Republican said. Hopefully, we can pull it off. When do kids crawl? In about six months? Hopefully within about six months we can find a way to do it.

Digital euro too big for blockchain POLITICOs Bjarke Smith-Meyer in Brussels reports that blockchain technology is unlikely to have enough processing power to support a digital euro that caters to 350 million people, according to the official who leads work on the issue for the European Central Bank.

Bitcoin does a few thousand transactions a day, the ECBs Fabio Panetta said. Every transaction takes a long time. Your coffee will be cold before you can use it.

First in MM: Manufacturers want SEC to scale back climate disclosure rule More than 50 manufacturing trade associations are calling on Congress to put pressure on the SEC to rewrite its climate risk disclosure proposal, which the groups call impractical and overbroad regulation.

Bloomberg settles with SEC over disclosures Our Declan Harty reports that Bloomberg Finance agreed to pay $5 million to resolve SEC charges that it failed to disclose necessary information about a bond-pricing product.

Big banks plan digital wallet WSJ: Wells Fargo & Co., Bank of America Corp., JPMorgan Chase & Co. and four other banks are working on a new product that will allow shoppers to pay at merchants online checkout with a wallet that will be linked to their debit and credit cards.

Yellen presses China on debt relief FT: US Treasury secretary Janet Yellen called on China to agree to a rapid restructuring of loans to Zambia, saying Beijing was a ‘barrier’ to ending the debt crisis in the southern African nation.

U.S. confronts China over firms ties to Russias war in Ukraine Bloomberg: The Biden administration has confronted Chinas government with evidence that suggests some Chinese state-owned companies may be providing assistance for Russias war effort in Ukraine, as it tries to ascertain if Beijing is aware of those activities, according to people familiar with the matter.

At Minnesota-based U.S. Bank, community is everything.

And in honor of those who have served, U.S. Bank regularly donates mortgage-free homes, vehicles, and home repairs to military veterans. In 2021, the bank launched Operation Always Remember, giving veterans gift cards for gas, clothing, and restaurants.

U.S. Bank. Small enough to care, and big enough to make a difference.

How Much Federal Regulation Should There Be Of The Crypto-Currency Industry?

The Challenges Of Regulating Cryptocurrency And Decentralized Finance – Technology 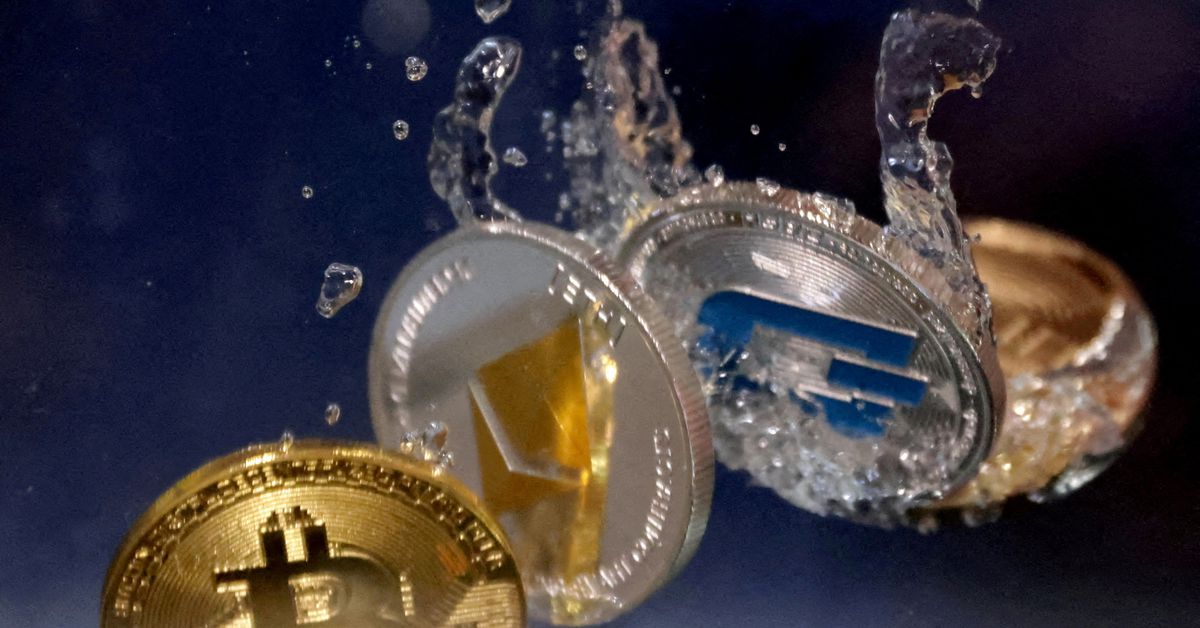 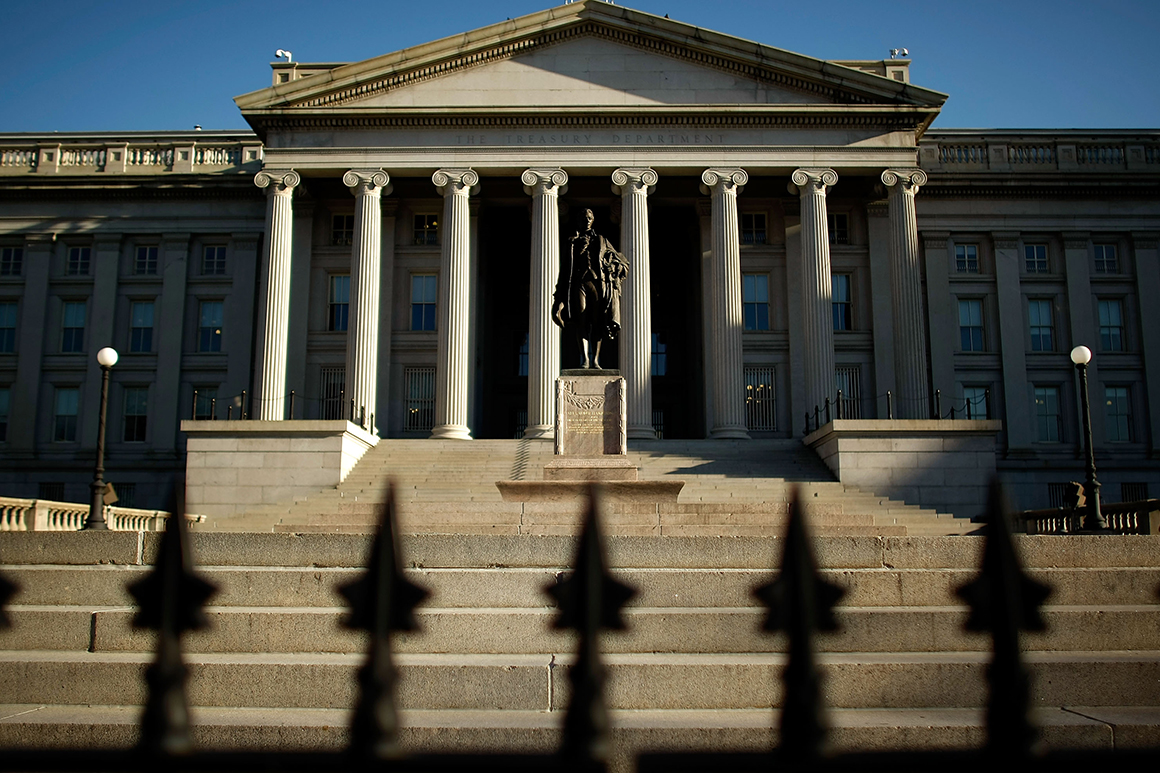 26 September 2021
Get the inside scoop by becoming a GEM INSIDER today!