The former head of the OECDs blockchain policy centre says crypto regulation will arrive quickly in Australia over the next year and the industry must share their data with regulators to get the balance right between innovation and safety.

As a wave of rules approach the current crypto regulatory grey zone in Australia, Ms Malcolm said more cooperation between industry and regulators is needed, while watchdogs also needed to work with global counterparts to ensure consistency.

The previous Morrison government had set up consultations on regulating cryptocurrency after an industry advisory committee recommended mandatory minimum cybersecurity standards for cryptocurrency exchanges, better education for Australians investing in crypto, more resourcing for the regulation of the technology, and greater regulatory clarification.

A separate bipartisan Senate committee had also explored potential reforms, and its chair, Liberal senator Andrew Bragg, pushed for a comprehensive legislative package to confront the issue head on.

Treasury is now finalising a report on crypto asset licensing and custody requirements which will introduce new rules for industry, while the Board of Taxation is also developing a policy framework for the taxation of digital transactions and assets.

Consumer protection has also emerged as a key issue in Australia after high profile individuals images were used in crypto scams.

Labor’s Financial Services minister Stephen Jones has warned of the risks of poor or lax regulation of crypto, including the potential for creating a massive loophole for money laundering. Mr Jones has said he wants a long-term coherent policy response involving multiple regulators to tackle crypto risks.

Mr Jones and Treasurer Jim Chalmers issued a brief statement on Wednesday, confirming Australia will move to clarify current arrangements in legislation that will mean crypto assets will not be regarded as a foreign currency for tax purposes. It means capital gains tax will continue to apply to crypto assets that are held as investments.

Speaking ahead of the latest move in Sydney on Tuesday, Ms Malcolm said Australian regulators are already exploring novel ways to regulate crypto and the industry needs to ensure they come with a risk-based approach by sharing data showing which transaction types are most exposed.

[We need to be] making sure that if you are going to put those additional obligations in place, you actually have a justification for doing that because we have the data, which shows us these are the sorts of transactions which are likely to have exposure to more illicit activities, for example, and those these are the sorts of transactions which aren’t likely to have that exposure, Ms Malcolm said.

Regulators and industry still have misconceptions about risk levels in crypto, Ms Malcolm said, and both need to work together to understand each others obligations. Australian regulators should also be working with global counterparts to ensure one countrys approach is consistent as possible with others.

Australia can’t tackle these issues by itself, Ms Malcolm said at a Chainalysis event in Sydney.

We really need to work together to almost have a sandbox for trialling out new approaches which cannot just put us in the same position in terms of policy outcomes, but perhaps even put us in a better position allow us to be more effective in some of these policy objectives that we have.

Ms Malcolm said Australia is likely to follow the UK when it comes to regulating the advertising of crypto, which would see it treated like a financial product in this regard.

It’s not about banning advertising or banning the sale of particular assets to particular parts of the community. But [it is] really about making sure that there’s no misleading advertising, that there are disclosures about what you’re actually buying when you’re getting into this sector, and making sure that those risks are as clear to you as the opportunities are, Ms Malcolm said.

This article has been updated to include a government announcement about the tax treatment of crypto made shortly after publication.

Do you know more? Contact James Riley via Email. More Crypto Regulation May Be on the Way in Mexico, Suggests Central Bank Chief 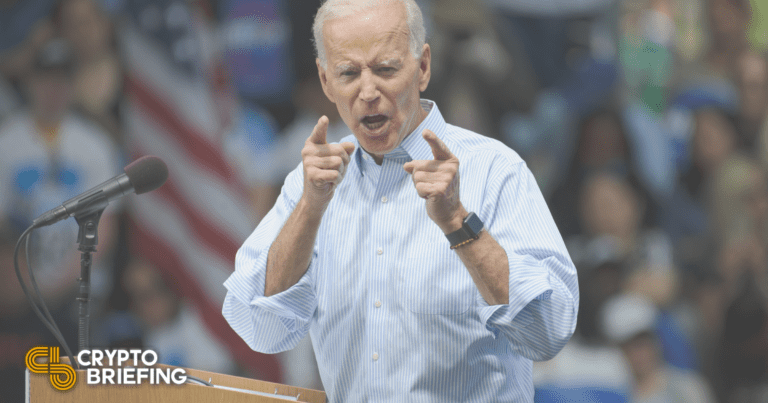