PETALING JAYA: The sell-off and volatility in the crypto market of late have put investors in a quandry.

The slump of bitcoin the flagship crypto asset in particular would presumably have caused some hand-wringing among investors. Bitcoin is currently valued around US$29,000 (RM127,000), compared with an all-time high of over US$68,000 (RM298,000) in November last year, a mere six months ago.

Meanwhile, the fall of stablecoin TerraUSD or UST and its sister token luna, which were pegged to the US dollar, has also raised eyebrows. They once commanded a combined market value of US$60 billion but, within a week, their worth decreased 99% to near zero. Their tumble has raised alarm that goes far beyond stablecoins and plunged cryptocurrencies into uncertain times.

UST has been prone to collapse due to it being an algorithmic stablecoin not backed by real assets. Also, it is unregulated and less centralised.

Will bitcoin, the first digital currency, collapse as well?

Hong: This is mainly triggered by the US Federal Reserve (Fed) and other central banks raising interest rates. With the rise in interest rates, crypto prices have taken a hit, prompting investors to adopt a conservative stance, thus dampening their interest in cryptocurrency.

Less liquidity in the market has impacted the volume in crypto by reducing funds available to invest which is whats happening now with non-yielding assets such as bitcoin.

In addition, the Luna Foundation Guard, official stewards of Terras bitcoin, disbursed millions of dollars worth of crypto but failed to maintain the peg of stablecoin UST amid selling pressures in the market.

Fadzli: Volatility in the overall crypto space is not a new phenomenon. With the Feds contractionary monetary policy, liquidity was withdrawn from the market, and cryptocurrencies have also been affected. This is neither first nor will it be the last slump in bitcoin, but bitcoin remains the dominant cryptocurrency by daily trading volume.

Sidoli: Crypto as a whole has been very weak of late. Unfortunately, as a risk asset, it is highly correlated to US equities, especially tech stocks listed on Nasdaq. For example Tesla, Netflix, PayPal and more. Growth assets such as these have been in decline ever since the Fed started tapering its asset purchases back in November last year. With more monetary policy tightening still to come, its clear that crypto cannot escape the prevailing macroeconomic and geopolitical trends.

Hong: Yes, we foresee the market to remain volatile ahead. However in the wider scheme of things, it is a long term investment when it comes to cryptocurrency. Similar to strategy in traditional investments, holding a diverse basket of cryptocurrencies would benefit one in the long run.

In this, for example, bitcoin and ethereum each have fundamentally different use cases and hence intrinsic value.

Holding on to a basket consisting of each of these can yield long-term results, which we advise over attempting to achieve short-term gains. In other words, cryptocurrency has a place in the investment portfolio especially with regulated exchanges, as it is audited, highly insured and regulated by authorities.

Fadzli: Bitcoins price action is subject to multiple forces and is not immune from the overall sentiment of cryptocurrencies given its dominant position. Bitcoins continued dominance would be a stronger indicator of its ability and demonstrable market leadership.

Sidoli: In previous cycles, the ultimate low print of the bear market tested support at the high of the prior cycle (US$20,000), so we believe the potential downside is capped at US$20,000. However, we would not be surprised to see things turn up from here.

Do you think it has bottomed out?

Hong: Whether the price will keep dropping, bottoming out or to refresh to a new rally. But were confident of long-term prospects of cryptocurrency overall especially with regulated exchanges. While many have profited from crypto trading, it is important to note that scammers have taken over US$7.7 billion worth of cryptocurrencies from victims globally in 2021. This provides a compelling reason why trading on regulated platforms is key to becoming a successful investor.

In light of these unfortunate events happening also here in Malaysia, we have continued to aggressively carry out education workshops to help people understand the industry, measure their risks and trade safely. In other words, cryptocurrency has a place in the investment portfolio especially with regulated exchanges, as it is audited, highly insured and regulated by authorities.

Sidoli: Certainly we put in a local bottom at US$25,000 during the crash on May 12. Only time will tell if the fall out from the luna/Terra UST collapse will lead to other dominoes falling. However, it does appear that bitcoin has marked a higher low at US$28,000 and the situation for US equities has marginally improved.

Comments on the slump of other crypto, such as TerraUSD?

Hong: The project has unfortunately failed and Terra now is in the process to migrate to the Terra Ecosystem Revival Plan 2.0 .The plan aims to see the creation of a new Terra chain that will not have an algorithmic stablecoin, which typically uses an algorithm to manage the supply of tokens and guide their value to reference assets such as the US dollar.

Fadzli: Algorithmic stablecoins are a relatively new field and are a significant departure from asset-backed stablecoins. The testing-in-public approach of many blockchain projects, including UST will definitely raise regulatory concerns and unfortunately, UST has left a significant mark that I would think will not be easily ignored by regulators and policymakers. The immutability and transparency of blockchain have never guaranteed infallibility from the well-funded and well-coordinated actors, if this was the case in Terras UST.

Sidoli: The SC did not approve so called algorithmic stablecoins like Terra (or any stable coins for that matter) for good reason. Investors should properly research the tokenomics behind these systems before purchasing, and should never invest more than they can afford to lose.

How do you see the outlook?

Hong: The outlook for the short-term remains bearish. In the meantime, we are waiting for a clean break of bitcoin price to appreciate over US$32,000, at which point we should see much ensuing upside.

For our business in Malaysia, as one of the four licensed digital asset exchange by the Securities Commission Malaysia, we are confident of prospects, having transacted RM160 million in total trading volume from January to March 2022.

With this trajectory, and despite the current volatility in the market, we are confident in aiming at RM100 million in monthly transactions by the end of 2022. Separately, in spite of the pandemic, through targeted and strategic efforts to improve transaction volumes and user experiences, we have focused on rigorously improving our app, where users perform trading transactions. The apps latest iteration, just launched in mid April, focuses on making it more user friendly to ensure our customers have a seamless trading experience.

We have also expanded our Malaysian team from eight employees to 23 today. We are on the path of hiring extensively to grow our team to 80 employees in the coming year.

In the next 18 months, we aim to list 10 new cryptocurrencies, tripling our current offerings of bitcoin, ethereum, litecoin, and ripple.

Sidoli: The outlook for crypto, for now at least, is very much tied to the fate of US tech stocks, until the strong correlation we have seen for the past few years decouples. Thus ultimate determinant is the Fed and the ongoing situation with Russia and the Ukraine. Macro and geopolitical concerns will set the tone for risk appetite in both traditiaonal and crypto markets for the rest of the year.

Hong: No, we do not feel it is overvalued. This is based on the current mining cost of one bitcoin, estimated at around US$25,000-28,000 which is quite close to market price. This year, JP Morgan estimated its intrinsic value at US$38,000, 12% below current price.

Fadzli: There is a common argument made that cryptocurrencies have no value because they have no underlying asset. But the same can be said about the internet safe infrastructural and hardware assets which ironically cryptocurrencies also depend upon. When one assesses the value of network effects and stickiness, often applied to e-commerce and internet businesses, we can see significant value in a network.

So whether bitcoin is over or undervalued is a difficult question to tackle, although judging from adoption rates and transaction volumes, bitcoin along with other blockchain networks continue to grow substantially and with that, it supports an argument that their perceived value would also continue to grow.

Sidoli: We dont think so.

Hong: According to historical patterns, retail investors typically flee and shun the market after a crash but will return in four to eight weeks to perform value buys. We are overall confident of long term prospects as various leading global financial players such as Goldman Sachs as a legitimate and a high net worth asset class, offering its high net-worth clients bitcoin and ethereum.

Separately, nearly 80% of the worlds central banks have chosen to explore the use of digital currencies, with reassurance from the International Monetary Fund.

Fintech players such as PayPal and Square are allowing users to use cryptocurrency to purchase on their platform. Tesla is accepting bitcoin as payment while both Walmart and Amazon are already exploring digital currency and blockchain technology. With such encouraging developments, the outlook for cryptocurrency looks optimistic, with regulation and employment in the industry as areas of key development.

Fadzli: Naturally as in all crashes, some investors may recede and rethink their investment strategies. However, in the short span of the last 24 months, there have been significant product innovations built upon and across cryptocurrencies. We believe there will continue to be a market of early-stage adopters and as such continued demand for some of the more established cryptocurrencies. Newer networks would need to find significant differentiation and if market sentiments prevail, avoid the colossal abuse that we saw in Luna/UST.

Sidoli: In every cycle we have been present in, a large proportion of the late entrants, especially those that speculated (and lost) heavily on leverage, end up leaving the market for good. Its a great shame because their lack of discipline eventually leads to their demise, and so, by leaving the market entirely, they miss the best opportunities when markets turn upwards again. It takes a special kind of will and psyche to be able to handle the ups and downs of the crypto market.

Has the bitcoin slump put off people from investing in crypto?

Hong: We see that trading activity is low but are certain of investors still looking to buy the dip. There is often opportunity in crisis, which is where investors see such potential. What we usually stress to our investors and consumers is to continually invest in regulated exchanges as it makes all the difference, as they are audited, highly insured and regulated by authorities.

Fadzli: Although there is a downturn in prices at present, we are confident that crypto is here to stay. Prices fluctuate but we must remember that bitcoin started from a few dollars to a few hundred and then to a few thousand dollars. No one can confidently predict the short-term swing but we are optimistic about the future.

Should an investor allocate to cryptocurrencies like Bitcoin and Ethereum?

Ethereum's Buterin Has A Confession, Cathie Wood Makes Bold GDP Prediction, SpaceX Targets Sky-High Valuation And More: 5 Key Stories You May Have Missed From This Weekend 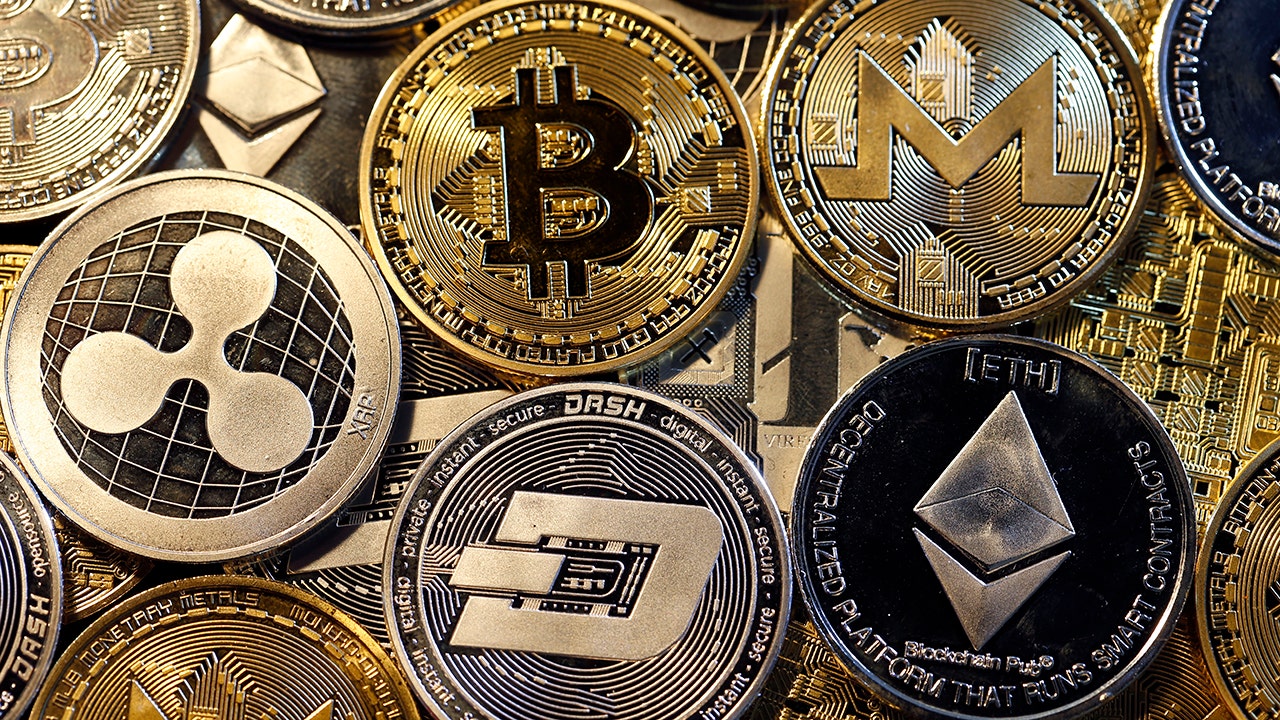 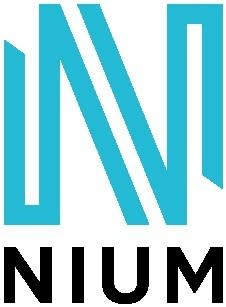