Editor’s Note: With so much market volatility, stay on top of daily news! Get caught up in minutes with our speedy summary of today’s must-read news and expert opinions. Sign up here!

(Kitco News) – While Bitcoin gets most of the attention in the cryptocurrency space, Ethereum is a close second. The Ether price, which fuels the Ethereum blockchain, has been flexing its muscles and trading independently of its larger peer, bitcoin. While bitcoin tends to dictate the direction of the broader market, that’s not been the case lately.

The Ether price is up by a double-digit percentage today, while the bitcoin price is up a lesser 1.7%, a trend that has been persisting in recent weeks. After surpassing USD 3,500 in the last 24 hours, the second-biggest cryptocurrency based on market cap is now barreling toward USD 4K, a level not seen since mid-May when it set a fresh all-time high. 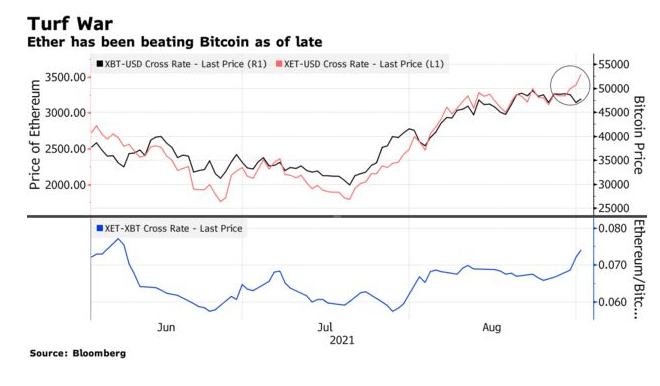 In addition, bitcoin’s dominance in the broader cryptocurrency market slipped slightly, while Ethereum’s is on the rise and just hit 20%. For August, Ether’s value expanded by more than 30% vs. bitcoin’s roughly 13% gains.

The cryptocurrency market got a hint of the latest market dynamics when Coinbase reported its earnings in early August. The cryptocurrency exchange revealed that trading volumes in Ethereum surpassed those of bitcoin for the first time ever, fueled by the rise of decentralized finance (DeFi) and non-fungible tokens (NFTs).

Adding fuel to the fire, Goldman Sachs alum and founder of Global Macro Investor Raoul Pal is an Ethereum bull. Pal forecast on a recent Bankless podcast that the Ether price will cross USD 20K by next March. He also has his eye on the bitcoin price, which he expects to hit anywhere from USD 250K-400K in the same period.

Less than a year ago, Pal’s investment portfolio reportedly included about 25% gold and the rest cryptocurrency assets, including bitcoin and ether. The composition has changed since then, and now Pal is all-in on crypto after selling his gold allocation. His portfolio is now more than 50% in ether. At the same time, he also has exposure to DeFi assets, layer-one protocols and other cryptos.

While the cryptocurrency community tends to pit bitcoin against Ethereum and vice versa, that is not the case everywhere. Meltem Demirors, chief strategy officer at digital asset investment firm CoinShares, told CNBC that the firm does not view the market through the competitive lens of bitcoin vs. Ethereum. Instead, she pointed out that crypto markets tend to operate in cycles. What’s going on now is investors are likely “moving out of bitcoin to chase gains” in other layer-one protocols. Still, when the cycle comes full circle, investors are likely to rotate back into bitcoin.

Polygon MATIC Eventual Rise To $7 - What Will Fuel It?

Bitcoin is so 2021. Here’s why some institutions are set to bypass the No. 1 crypto and invest in Ethereum, other blockchains next year 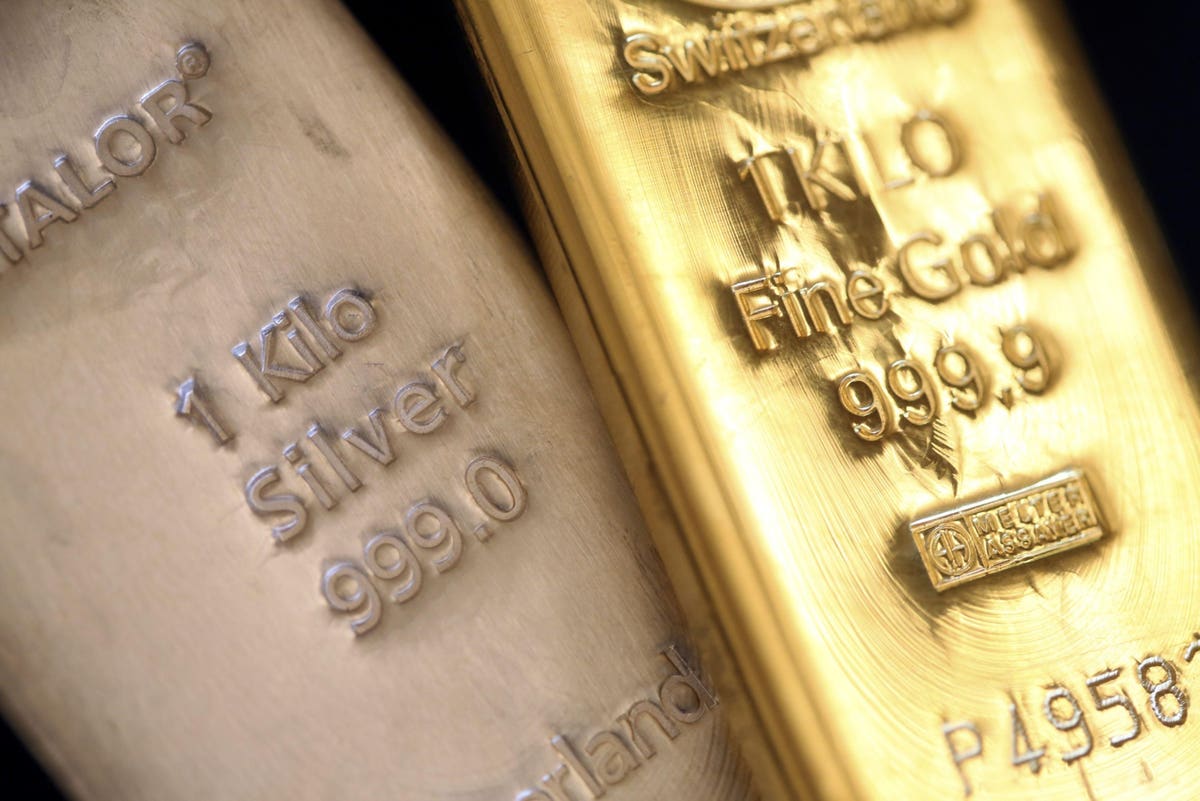 If Bitcoin Is Digital Gold, Then Ethereum Is Digital Silver: Deutsche Bank

28 September 2021
Get the inside scoop by becoming a GEM INSIDER today!