2022 saw many regulatory developments in Australia’s crypto ecosystem, and 2023 is bound to see more. We go through the timeline of significant crypto events in Australia and globally, and their implications.

The gloves and scarves are out for those involved in crypto. Cryptocurrencies have experienced an alarming decrease in value throughout 2022. The domino effect was caused by the collapse of several major cryptocurrencies and digital currency providers.

The tremendous drop in value of various cryptocurrencies compared to the start of 2022 has prompted calls for regulatory action across the globe, which is aimed at protecting vulnerable consumers.

Below is a brief timeline of key events over the course of 2022, which we will explore in more detail in this article, along with the regulatory implications of these events in Australia. 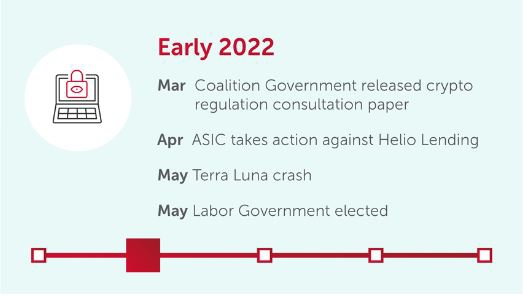 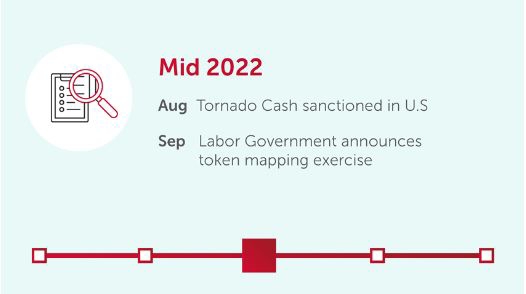 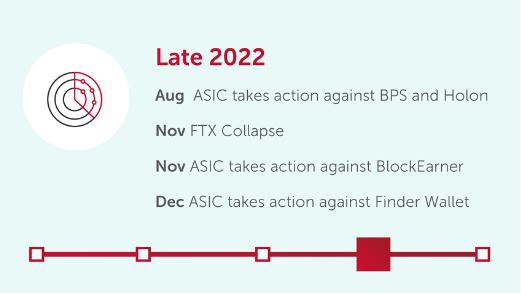 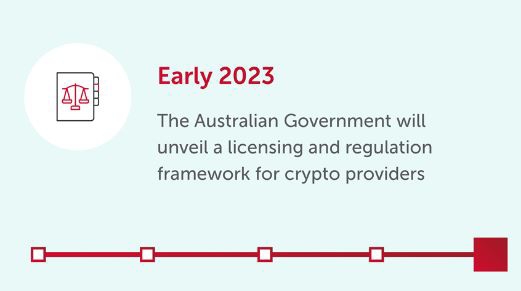 In Australia, off the back of 2021’s significant announcements on regulating the crypto industry, the previous federal government released a consultation paper for a licensing and custody regime for crypto asset secondary service providers (CASSPrs). (MinterEllison issued a response to the consultation paper.)

Submissions on the consultation paper have recently been made public. ASIC’s submission is of particular interest and includes:

ASIC’s submissions provide a useful insight into how they may attempt to regulate cryptocurrencies in tandem with the government in the future.

Cryptocurrencies have often had a reputation for being highly speculative, deriving value from community consensus. But in 2022, ‘stablecoins’ were a big talking point in the crypto market. Stablecoins are cryptocurrencies pegged (in different ways) to tangible or stable assets (e.g. gold or the US dollar), in an attempt to make them less prone to volatility.

Terra Luna – Dark side of the moon

One such stablecoin founded in 2018 by Do Kwon and Daniel Shin, was TerraUSD (UST). Unlike most stablecoins which are backed by fiat currencies, UST was backed by its sister token, a cryptocurrency called Luna, and relied on algorithms to maintain its ‘peg’ to the US dollar. These algorithms worked by employing arbitrage – Luna served as the counterweight to the Terra stablecoin and absorbed its volatility. When the value of UST was mismatched to the value of USD, Luna was used to incentivise investors to restabilise it through small profit rewards for either burning their UST or creating more of it.

On 7 May 2022, significant volumes of coordinated swaps destabilised the UST, ‘de-pegging’ the stablecoin from the US dollar. Arbitrageurs were able to redeem UST for Luna at discounted prices, creating a hyperinflationary loop which meant that by 12 May, both Luna and UST had lost almost all their value.

This crash had wide-reaching implications for crypto regulation. It prompted discussion of the AML/CTF regime for cryptocurrencies and contributed to the development of the US Responsible Financial Innovation Act, a bill introduced in June 2022. The bill aims to establish comprehensive regulatory guidelines for the crypto industry in the United States.

The Tornado Cash platform is a ‘coin mixer’, allegedly developed by software engineer Alexey Pertsev using open-source code. Coin mixers are designed to make actions that occur on the blockchain network harder to trace by mixing together transaction data from multiple transactions and breaking the chain of transactions, effectively anonymising digital currency transactions.

On 8 August, the U.S. Department of the Treasury’s Office of Foreign Assets Control (OFAC) announced prohibitive sanctions on Tornado Cash operations in the United States. The move came as a result of increasing pressure from concerned entities and the OFAC’s continued surveillance of Tornado Cash, which the OFAC claims has been involved in the laundering of over US$7 billion in digital currencies since its inception in December 2019.

The sanctions imposed by OFAC are:

While confined to the U.S., the sanctions imposed could provide precedent for further regulation in both the U.S. and spur other governments to follow suit.

There are some in the digital currency community who have voiced concern over the sanctions. Publicly traded cryptocurrency exchange Coinbase provided financial backing for a lawsuit against OFAC, alleging that it has exceeded its authority in sanctioning open source technology as opposed to sanctioning the entities using the technology.

This is the first time the US government has placed sanctions on open-sourced software, rather than a specific entity or individual.

Following these sanctions, Alexey Pertsev was arrested by the Dutch Fiscal Information and Investigation Services (FIOD) and has remained in prison pending a hearing for bail.

This arrest raises many questions:

OFAC’s action seems to presage the need for companies and developers to ensure their code (whether open-source or not) is not misused. This in turn is likely serve as a deterrent to innovation by developers and companies.

Founded by Sam Bankman-Fried (SBF), who was also its CEO, FTX grew into one of the largest crypto exchanges in just three years with a valuation north of $32 billion. The cryptocurrency exchange allowed users to buy, sell, and enter into derivative contracts for coins and tokens. FTX also offered its own token, FTT, which provided certain benefits to its holders, such as lower trading fees.

A report released on 2 November 2022 revealed that at least US$8 billion of customer funds had been used to backstop billions in Alameda Research, a hedge fund operated by SBF. This led to FTX customers withdrawing up to US$6 billion within two days. The value of FTT fell by 80% and FTX filed for voluntary bankruptcy, leaving many unable to withdraw their funds from the exchange. FTX had attempted to secure an acquisition by competitor Binance, which pulled out of the deal following findings of ‘mishandled customer funds’. SBF has since been arrested and extradited to the US.

The fall of FTX has had regulatory implications in Australia and the UK, with the UK finalising plans for regulation of crypto assets, and the Australian Treasury signalling that it will be consulting on regulating crypto exchanges in 2023.

Where to from here? – Crypto regulatory developments in Australia

The Australian Government has recently outlined its intention to modernise Australia’s financial system by introducing a new framework for regulating crypto businesses. The federal government has committed to a ‘token mapping’ exercise to:

A licensing and regulation framework for crypto providers will be released in early 2023, based on the token mapping exercise and public consultation responses. The government hopes the new regulations will bring Australia in line with other countries including the US, UK, EU and New Zealand, all of which are in the process of developing regulatory frameworks for cryptocurrencies. Read our insights on token mapping.

Earlier this year, Liberal Senator Andrew Bragg released a private member’s bill, the Digital Assets (Market Regulation) Bill 2022. While unlikely to be enacted in its current form, it represents a starting point for the development of Australian regulation as the government seeks to usher in a new era of regulation for digital assets, cryptocurrencies and crypto service providers.

In the absence of any specific regulation, ASIC has increased its scrutiny of participants in the crypto landscape in recent months:

If you are involved with the cryptocurrency or digital asset sector, you should consider how your business may be effected by ASIC’s increased regulatory scrutiny and the impending regulation in this space.

Robinhood Rolls Out Its MetaMask Wallet Competitor to 1 Million Users 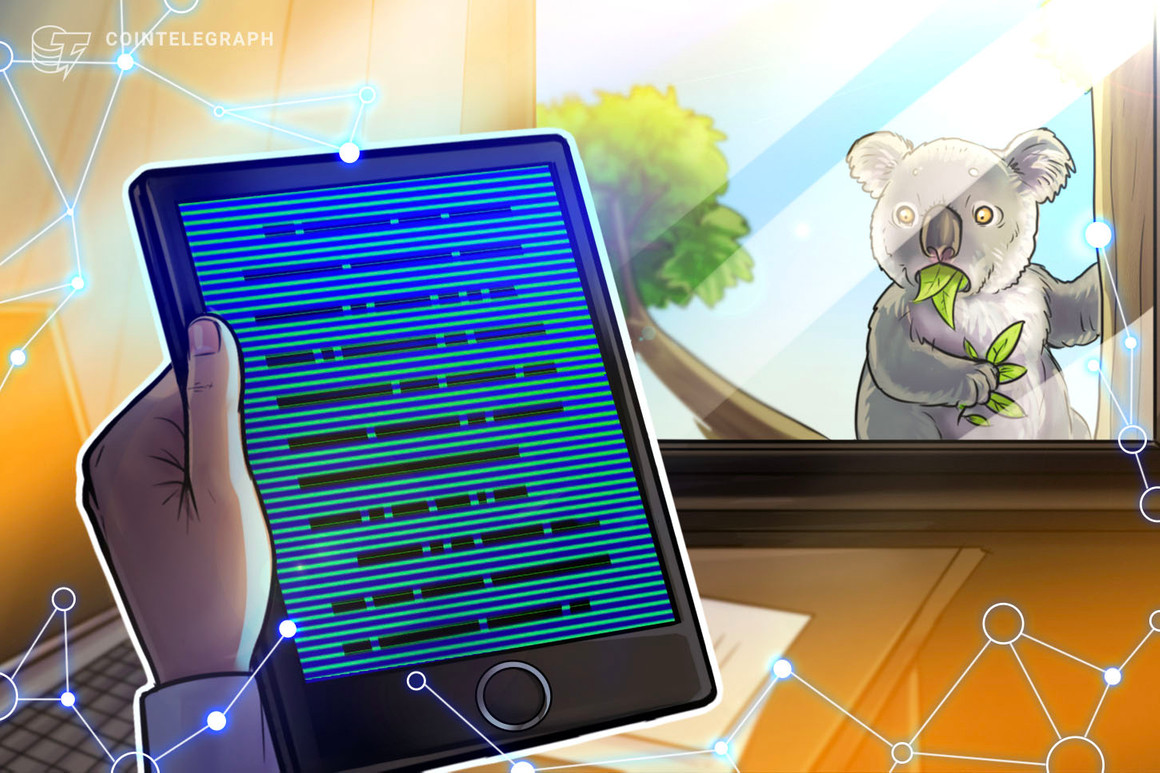 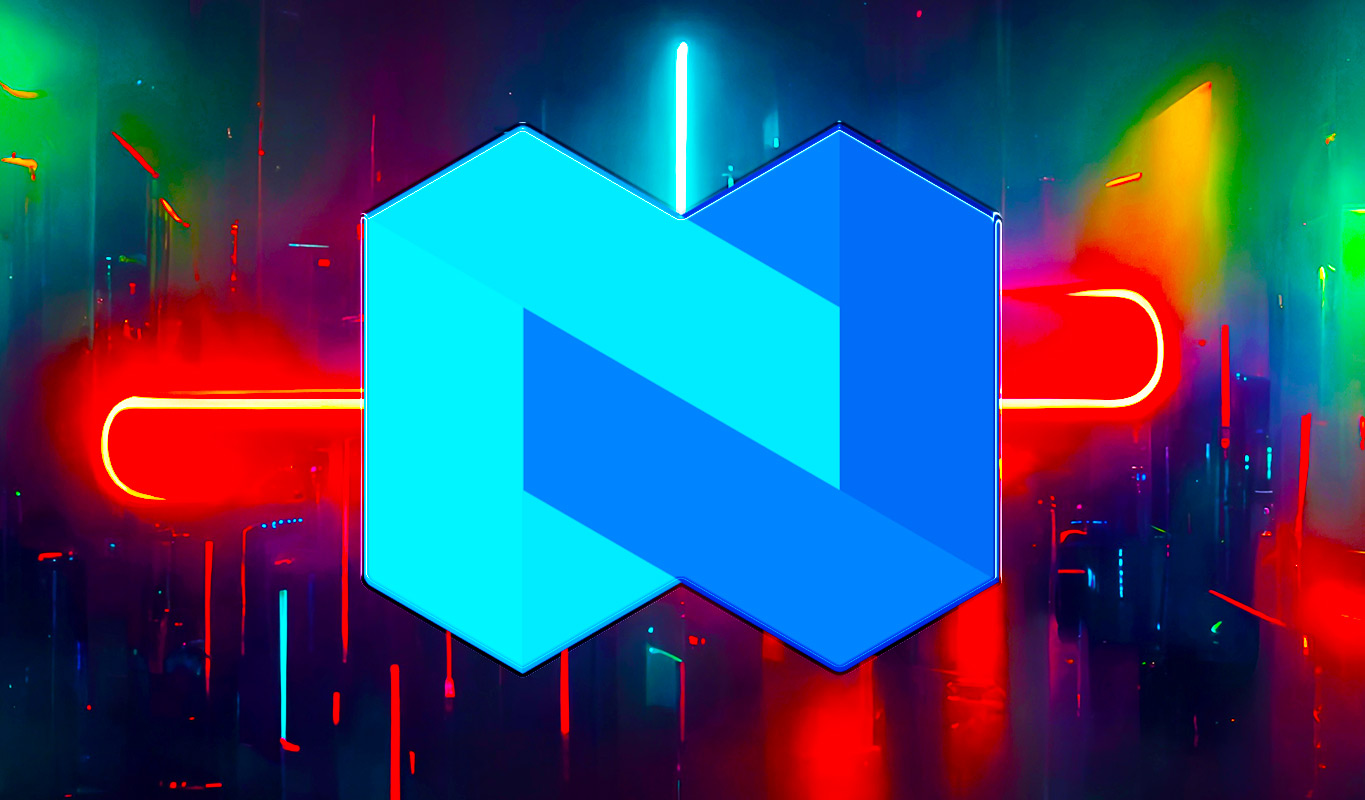 27 September 2022
Get the inside scoop by becoming a GEM INSIDER today!