Initially, the term crypto asset meant bitcoin and nothing else. However, the sector has experienced massive expansion by creating thousands of alternative crypto assets and tokens over the past decade. And while all of this activity was made possible by the Bitcoin networks seminal use of blockchain technology, the reality is the intended utility of bitcoin is quite different from basically every other crypto use case.

Bitcoin has an intended use case as a new, global, digital, decentralized, permissionless, non-custodial, and apolitical monetary and financial system that rewards and protects savers much more than the current central banking system. But the rest of the crypto market mostly involves riskier, more speculative use cases that may not stand the test of time and often reintroduce many of the problems Bitcoin intended to solve, particularly regarding issues around trust and counterparty risk.

The underlying point of Bitcoin is a move away from central banking and towards a bitcoin standard, which would involve restructuring the economy with a greater emphasis on savings and less speculation or outright gambling in the financial markets. To put it bluntly, most of the rest of the crypto market stands in direct contrast to bitcoin. It operates more like a casino than any innovative financial phenomenon. These contrasting philosophies illustrate why it makes sense to differentiate bitcoin from the rest of the crypto market.

What is the Point of Bitcoin?

To understand the differences between bitcoin and the rest of the crypto market, it makes sense to first look at the intention and purpose behind Bitcoins creation in the first place.

Bitcoin creator Satoshi Nakamoto a little over a month after the networks launch, wrote:

The root problem with conventional currency is all the trust that’s required to make it work. The central bank must be trusted not to debase the currency, but the history of fiat currencies is full of breaches of that trust. Banks must be trusted to hold our money and transfer it electronically, but they lend it out in waves of credit bubbles with barely a fraction in reserve. We have to trust them with our privacy, trust them not to let identity thieves drain our accounts. Their massive overhead costs make micropayments impossible.

At its core, bitcoin is an alternative to the current standard of inflationary, government-issued currencies and centralized banking institutions. Due to its deflationary monetary policy, bitcoin allows users to store their savings in money intended to appreciate over the long term as the economy grows.

Under an inflationary regime, savings is disincentivized through the currency’s depreciation over time. Since they dont want to watch their savings lose value over time, users of inflationary currencies are effectively nudged into investments that offer potential returns but also come with added risk. Under a bitcoin standard, people can theoretically hold bitcoin as savings and not have to worry about the policies of central bankers or make the correct investments to combat inflation.

Before bitcoin, this role of non-inflationary money was mainly played by gold. However, gold has some drawbacks and is not well suited for the internet age. For example, using gold for online payments requires the introduction of centralized custodians to process transactions, which leads to many of the aforementioned banking-related issues Satoshi wrote about roughly thirteen years ago. Additionally, bitcoin can be securely stored in ways that gold cannot via methods such as multisignature addresses and brain wallets. This is why bitcoin has long been referred to as digital gold and gold 2.0.

Of course, bitcoin has not yet achieved its goal of becoming the gold standard for savings in the digital age. For now, it is still generally viewed as a risk-on asset, as illustrated by its recent price rise on the news of slowing inflation. That said, as bitcoin continues to grow and exist, it should become better understood by the market, less volatile, and a better form of savings.

Using Blockchains for Gambling and Speculation

Now that weve established bitcoins intended use case as a secure, conservative form of digital savings, lets compare and contrast that with the rest of the crypto market. In short, the vast majority of the crypto market amounts to not much more than gambling on variations of Ponzi games and Nakamoto schemes. Everything about bitcoin is focused on limiting risk, while nearly everything else in crypto is focused on increasing risk and attracting more entrants into the casino.

To get a clear view of the crypto market, lets look at the sorts of activities that use block space on Ethereum, where much of this non-Bitcoin activity takes place today. At the time of this writing, the biggest gas guzzlers on the Ethereum network fell into four categories: non-fungible tokens (NFTs), stablecoins, decentralized exchanges (DEXs), and widely-criticized crypto tokens built around cults of personality such as XEN and HEX. Notably, all of these use cases operate in the realm of speculation rather than money or savings, which is bitcoins intended use case.

Speculating on NFTs involves factors outside of the tokens themselves, most notably in the form of a centralized issuer. For example, a hypothetical 1-of-1 NFT associated with one of Yes (formerly Kanye West) albums may have seen an extreme devaluation in the aftermath of the artists infamous interview with radio host Alex Jones where he praised Adolf Hitler.

Theres also nothing to stop an issuer from diluting the value of a particular NFT by creating and selling more tokens (similar to the inflation of a currency). Additionally, its possible the NFT phenomenon itself does not take off and becomes much less relevant over time. Lastly, if the iteration of NFTs that succeeds does not use a blockchain, then the potential comparisons with bitcoin would also be spurious from a technical perspective.

Much like NFTs, the popular stablecoins of today also have centralized issuers, so they too are vastly different from bitcoin in that they require trust in a third party (very similar to the traditional banking setup Satoshi wrote about). Although the assets themselves are less speculative due to their aim of price stability, they play the role of chips in the crypto casino.

That said, stablecoins have also played a role in giving people dealing with troubled local currencies access to U.S. dollars. However, its unclear how long this can last, as stricter stablecoin regulation could drastically alter the market. Although decentralized alternatives have been in the works for many years, a perfect solution has yet to be found.

DEXs are currently mostly used for trades involving the aforementioned stablecoins. If the stablecoins are removed from the equation, the DEXs are mostly just casinos for Ponzi gamessome of which could not get listed on traditional, centralized exchanges (CEXs).

Additionally, Chainalysis recently revealed that a large chunk of DEX activity is oftentimes maximal extractable value (MEV) bots frontrunning users. On top of that, its unclear how much of the trading volume is simply arbitrage with other exchanges. These DEXs and other decentralized finance (DeFI) applications also often have their proprietary tokens, which can be used to speculate on the potential success of the DeFi application. Although, it should be noted that the connection between the proprietary token and the app’s success is sometimes unclear.

Crypto tokens like HEX and XEN are pure Nakamoto schemes and have been in many iterations over the years. This is the crypto Ponzi game in its purest form.

So, taking a closer look at these four use cases, its clear theyre not only different from bitcoin but, in many cases, operate on the complete opposite end of the risk appetite spectrum. Whether a sustainable killer use case can be built on top of Ethereum or one of the other similar blockchain platforms remains unclear. Still, it may not matter for the foreseeable future. Crypto may persist as a new avenue for online gambling and get-rich-quick schemes for some time, as plenty of people are interested in that sort of thing. Either way, it makes sense to differentiate bitcoin as a savings technology from the rest of the market.

Those interested in developing a new monetary paradigm and a savings-based economy can stick with bitcoin, and those who want to gamble can have fun in the rest of the crypto market. Of course, many will also opt for both options (and store their crypto profits in bitcoin).

The native crypto assets of Ethereum (ETH) and other similar blockchains (e.g. BNB, TRX, ADA, and SOL) have benefited from acting as the base blockchain layers for gambling, Ponzi games, and general speculation around blockchain experiments.

And holders of these sorts of base-layer crypto assets stand to benefit as long as the game of musical chairs continues at the application level. So, might these base-layer assets be more comparable to bitcoin? Or what about the more directly competing alternative cryptocurrencies such as Dogecoin and Monero? Well cover that and more in part two.

What next for French victims of the FTX cryptocurrency exchange collapse? 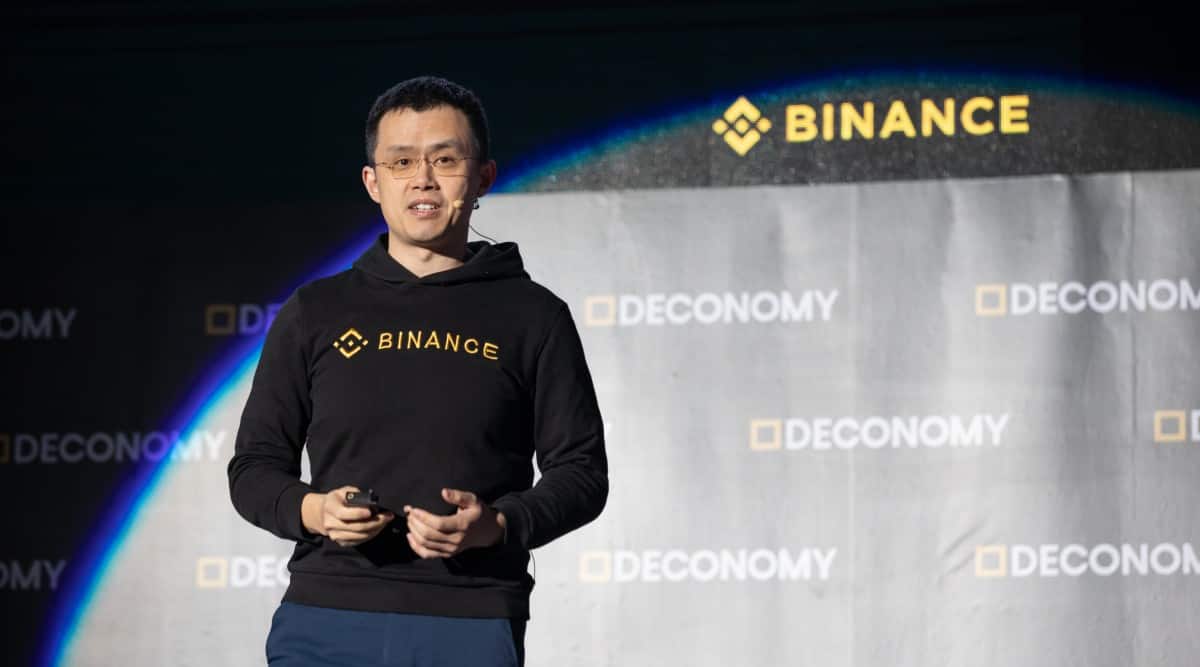 ‘People have lost their mind’: Binance CEO on NFT craze 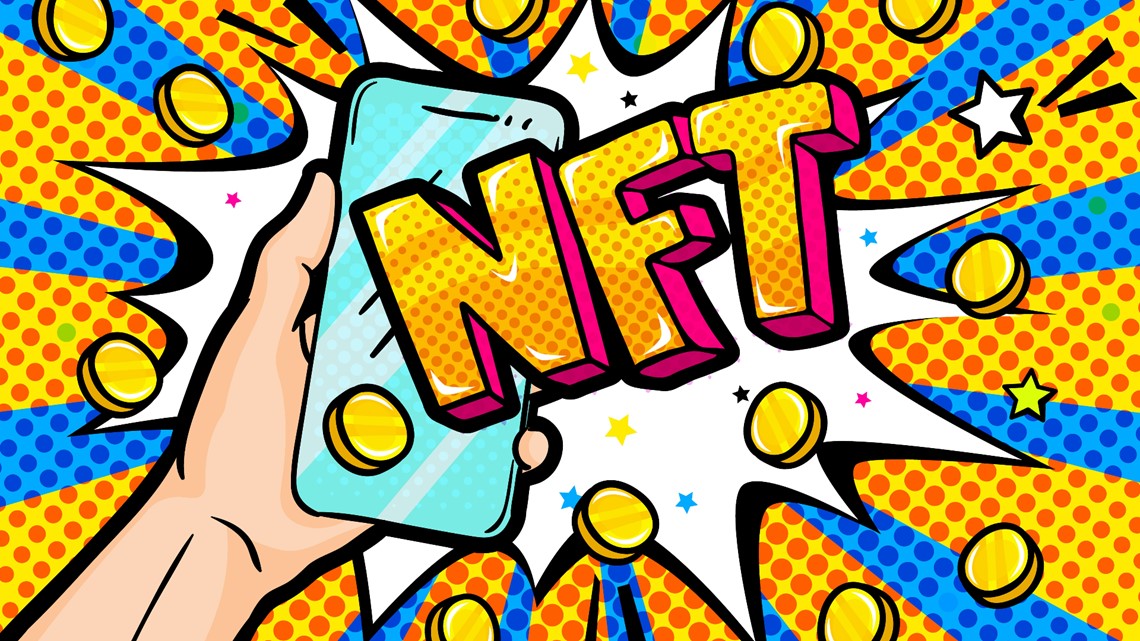 10 of the Worst Crypto Promos To Make You Loathe Consumerism

26 July 2022
Get the inside scoop by becoming a GEM INSIDER today!