The bank run is burnt into the collective U.S. imagination for good reason. When the Great Depression hit, the savings of millions of Americans were wiped out when their banks collapsed. Thats why the Federal Deposit Insurance Corp. (FDIC) was introduced in 1933. Since then, not a penny of FDIC-insured funds has been lost when banks go under.

Its a different story when your bank is a cryptocurrency firm. As crypto prices collapse, customers deposits are disappearing with themor being swiped by the people behind the company. Unregulated markets are looking very much the same now as they did in the 1920s.

Bitcoin advocates have largely switched away from claiming that the cryptocurrency can function as an actual currency, mainly due to it still being largely unfeasible to pay for anything in it. Now the claim is that bitcoin is a store of valuethat is, an asset that wont lose its worth over time. This has been dramatically shown untrue. More than that, the storekeepers were shoveling the valuables into their ownU.S. dollar-denominatedvaults.

The bank run is burnt into the collective U.S. imagination for good reason. When the Great Depression hit, the savings of millions of Americans were wiped out when their banks collapsed. Thats why the Federal Deposit Insurance Corp. (FDIC) was introduced in 1933. Since then, not a penny of FDIC-insured funds has been lost when banks go under.

Its a different story when your bank is a cryptocurrency firm. As crypto prices collapse, customers deposits are disappearing with themor being swiped by the people behind the company. Unregulated markets are looking very much the same now as they did in the 1920s.

Bitcoin advocates have largely switched away from claiming that the cryptocurrency can function as an actual currency, mainly due to it still being largely unfeasible to pay for anything in it. Now the claim is that bitcoin is a store of valuethat is, an asset that wont lose its worth over time. This has been dramatically shown untrue. More than that, the storekeepers were shoveling the valuables into their ownU.S. dollar-denominatedvaults.

In May, Terraform Labs terraUSD (UST) stablecoina token pegged to the value of the U.S. dollar but allowing quicker transactions with little legal oversightcollapsed and crashed the price of bitcoin in turn. Things seemed steady for a few weeks morebut under the surface, the cryptocurrency market was in crisis.

On June 12, the crypto investment firm Celsius stopped all withdrawals, claiming extreme market conditions. The market went into panic. The price of bitcoin plummeted from $28,000 to $20,000. By June 14, reports emerged that Celsius was restructuring. Within a week, bitcoin crashed again.

Celsius said it could replace bank accounts and claimed a million customers. The company offered eye-popping interest rateson the order of 18 percent annually. But Celsiuss interest rates were frankly implausible. You cant get more than a few percent return anywhere in the current economy. If anyone offers 18 percent, your first thought should be: Whats wrong here?

Celsius had already been thrown out of Alabama, Texas, Kentucky, and New Jersey because its interest-bearing accounts were, functionally, unregistered offerings of securities. The U.S. Securities and Exchange Commission had been looking into Celsius since January 2022but was yet to act against it.

The other problem was that Celsius was intertwined with many other crypto firms, including lending firms offering similarly implausible interest rates. This wasnt a rogue operator; it was one part of a systemic riskcomparable to Lehman Brothers during the 2008 financial crisis.

Behind all this was a toxic waste dump of unregulated, dubiously sourced investments. Bitcoins price started rising in 2020 and launched into a new asset bubble in early 2021, peaking at $64,000 in April 2021 and again at $69,000 in November 2021. Both price pumps coincided with the injection of several billion tethers, a dubious dollar-equivalent stablecoin, via unregulated offshore exchanges. The real interest, and real dollars, came from ordinary investors when Elon Musk started talking up crypto in January 2021 and bought bitcoins for Tesla in February. When Tesla was reported to have sold the bitcoins in May, many of those investors exited the market. (Musk later claimed that he had sold only 10 percent of the holdings.) Without their actual dollars, the price of bitcoin crashed back to $31,000 by June 2021.

News headlines about crypto tout sky-high valuations in the billions. But those numbers are tenuously calculated virtual amounts, not real dollars you could use or cash out. Crypto trading is zero-sum: Every dollar a winner makes, a loser lost. When that influx of actual dollars slows, the crypto markets have a problem.

There were nowhere near enough outside dollars to pay out crypto holders paper wealth. The industry had to come up with more elaborate schemes to lure in fresh outside money. Venture capitalists frantically promoted NFTs and Web3though it was never clear what Web3 meant. Crypto companies even ran ads during the Super Bowl in February, marking the point at which an industry has reached nearly every American consumer, and there are no fresh customers left.

Thats good if your customers regularly need your product and you’re making money on it, like light bulbs or insurance or toilet paper. But it was a sign of the end for many a money-losing start-up that hit Super Bowl level, and its even deadlier for investment schemes that depend on bringing in new customers to pay out the old onesas Charles Ponzi discovered in 1920.

Through 2021, crypto lending firms rode high on the bubble, offering implausible interest rates. Celsius and the crypto hedge fund Three Arrows Capital (3AC) had large positions in each other and in Terraforms Anchor protocol. Celsius repeatedly rehypothecated loansusing borrowed assets as collateral for another loanwhich allowed greater leverage for even better returns in the good times.

The crypto investment firms played the hottest markets in crypto: the DeFi protocols. DeFi is short for decentralized financea way to automatically trade almost any cryptocurrency against any other. You can deposit assets and borrow against them. You can construct complicated chains of leverage. You can even rehypothecate your loans without a human stopping you.

You can also create an asset out of thin air, do a couple of trades, and assign it a price tag in dollars based on those tradeseven though your tokens price is really in some other token, priced in a third token, and that being priced in dollars. This allows you to assert a market cap of millions or billions. Terraforms UST token and its twin token luna were created and valued in this way. UST was touted as a stablecoin, reliably worth $1, and backed by luna. But UST and luna were backed only by wishful thinkingand by Anchor, another investment vehicle that offered 20 percent interest on UST deposits. UST, luna, and Anchor collapsed in May. An alleged $18 billion in UST went to zero. Bitcoin crashed from $36,000 to $26,000.

Ordinary mom-and-pop investors were badly burned by the May crash. The influx of retail dollars was almost entirely cut off. Crypto exchanges such as Coinbase, Gemini, and Crypto.com are where the outside dollars flow in and out of crypto; all three announced massive layoffs. When 60 Minutes Australia ran a segment on the crypto downturn, reporter Tom Steinfort confessed that he himself had invested in the crypto upswing on a tip from friends.

UST/luna was cryptos Bear Stearns moment. The large lenders reassured customers that all was well and they had not been exposed to UST or lunaeven when they hadbut withdrawing often became difficult. Observers noted the lenders DeFi trades, visible on the public blockchain, and detailed how the companies claimed numbers often just didnt match the evidence.

Finally, Celsius cut off customer withdrawals on Monday, June 13. 3AC started dumping holdings on Tuesday and announced on Wednesday that it was in the process of communicating with relevant parties. Finblox, which offered up to 90 percent annual interest, cut withdrawals to $1,500 a month on Thursday. Babel Finance froze withdrawals on Friday, citing unusual liquidity pressures.

The price of bitcoin had dropped to $20,000 on June 13 and stayed just above that price all week. This level was not merely psychological; there were multiple DeFi loans that would have automatically been margin-called and liquidated had the price gone below that number. This meant that the holders of those loans had to keep the price pumped just a little higher. Other cryptocurrencies, such as ether, had similarly critical price levels.

Funds to pump the prices finally ran out. At 6:51 a.m. UTC on June 18, bitcoin dropped from $20,300 to $19,100 in five minutes as multiple loans autoliquidated simultaneously. It bottomed at $17,600 later that day. Just as in the 2008 financial crisis, the crypto economy had been destroyed by unrestrained and overleveraged financial engineering and deliberately concealed risks. But this time, there was no Federal Reserve to bail firms out.

So, who will save crypto? Since 2017, tether has regularly bailed out the crypto markets. One study showed that injections of tethers had propped up most of the 2017 bubble, including times when tether was insolvent. But Tether Holdings was fined by New York and the Commodity Futures Trading Commission (CFTC) in 2021 for repeated misrepresentations as to its claimed backing reserve and placed on a tight reporting regime. Tether Holdings has been unwinding its reserve position, reducing its issuance by 15 billion tethers, and last week specifically denied it was exposed to the recently failed firmseven as the company was an investor in Celsius.

Regulating the cryptocurrency trading market is difficult. U.S.-regulated crypto exchanges are just the cashiers desk to the precious dollars. The vast majority of the trading, and the price discovery, happens in utterly unregulated offshore exchanges that ostensibly avoid U.S. customers. These exchanges allow and perpetrate all the market and customer abuses that caused stock markets to be regulated in 1933.

Crypto exchanges are notorious for abusing customers however they can get away with, and offshore markets make that a lot easier. Yet even Coinbase, a U.S. exchange operating under New York regulation, ran a largely faked market in the cryptocurrency litecoin from 2015 to 2018. 99 percent of the trades on some days were one Coinbase employee wash tradingbuying and selling from himself. The exchange was fined $6.5 million by the CFTC.

Celsius, however, was a glaring failure of existing regulation at the expense of ordinary investors. The company operated in U.S. jurisdiction for three years, offering implausible interest rates with no good explanations of where the money came from and taking investments from retail customers. Celsius and similar companies that marketed to U.S. investors should have been shut down a year ago at the latest.

Now that the party is over and the horse has bolted, regulators may feel safe to move in and shut the stable door. If they dont, then another bubble may happen again in a few years. The regulators failed to rein in crypto after the 2017 bitcoin bubble burst. They must not miss their chance this time.

Battle Of The Stablecoins: USDC Transactions On Ethereum Surpass USDT 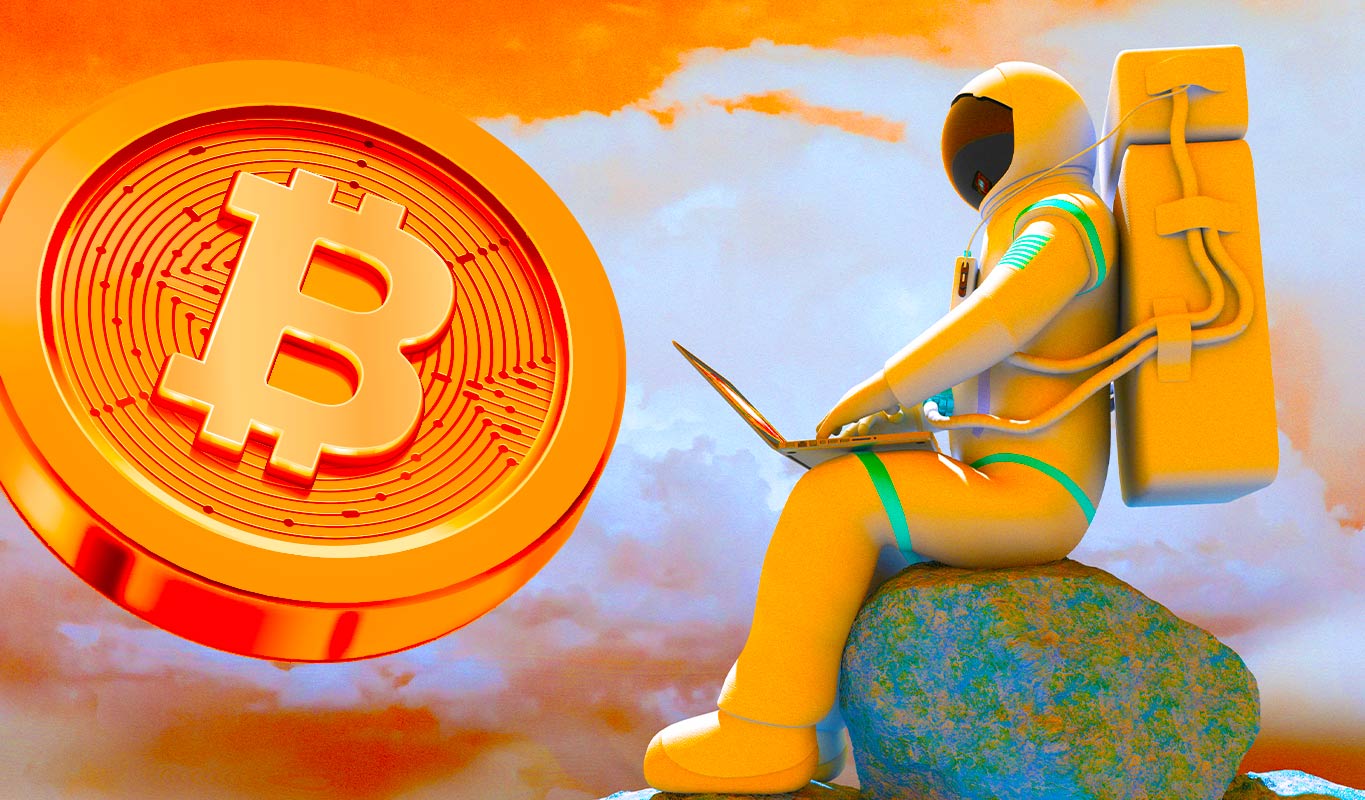 Binance Futures is forced out of Australia as crypto regulation tightens Digital gold along with crypto assets to come under regulatory ambit