Crypto networks that pledged to put users in control have put themselves in charge as they try to survive the deepening crisis gripping the digital asset market.

In the past week, three decentralised finance groups have stepped in with emergency plans to protect their projects and users from economic pain in the face of tumbling cryptocurrency prices.

The three platforms — Maker DAO, Bancor and Solend — are not household names. But they are prominent in the world of decentralised finance, a corner of the crypto world aiming to build an alternative financial system without a central decision-making authority.

But steep declines in recent months have wiped $2tn, or more than 70 per cent, off the total market value of crypto since November — delivering a sharp kick to those decentralisation dreams.

“I don’t think many of these entrepreneurs planned for this in their scenario analysis,” said Stephen Diehl, a software engineer who has become one of crypto’s most high-profile sceptics. “It really does speak to a deeper truth that most of the decentralisation rhetoric in crypto is at best aspirational and at worst just empty marketing.”

Supporters of decentralised finance, or DeFi, have been swayed by the promise of a utopian financial future without a centralised intermediary like a bank or stock exchange. Those layers merely add costs and make the financial system more inefficient, they say.

Instead users can exchange, lend and borrow assets by using contracts that are defined in computer code. Decisions on the future direction of these platforms are often determined by a cast of votes from people who own special governance tokens. They are often issued to developer teams and early investors.

But DeFi has also garnered a reputation for being the wildest of the “Wild West” in the largely unregulated crypto world, with regular thefts of tokens worth hundreds of millions of dollars as hackers exploited poorly designed systems.

Last weekend, users of Solend, a lending platform built on the Solana blockchain, proposed taking control of the wallet of its largest user. The operators feared the repercussions if the Solana coin, which dipped below $27, dropped to $22.30, a price that threatened the platform’s economics.

“[The wallet] has an extremely large margin position that is putting Solana protocol and its users at risk,” it warned. If Solana fell below $22.30, the ripples through the market meant “Solend could end up with bad debt”, it warned.

Solend withdrew the plan for emergency powers following criticism from users but said it was “committed to protecting user funds, transparency, and doing what’s right”.

Bancor meanwhile cited “hostile market conditions” as justification for temporarily pausing a service that meant users were no longer protected if their deposited tokens were subject to big market swings. The Bancor team said it would ask those that hold the voting power to ratify the temporary pause.

And Maker DAO, a collective that runs the Dai stablecoin — a crypto token that is designed to be pegged to the dollar — voted to freeze a link to lending platform AAVE, because of the latter’s exposure to another struggling lending platform, Celsius.

Running a trading network through a consensus vote in theory means users have more say in the future of the project, according to Ingo Fiedler, co-founder of the Blockchain Research Lab and professor at Concordia University in Montreal, Canada. But this is not always the case, he noted.

“Governance is highly concentrated among a few players that can potentially co-ordinate to change the rules to their benefit and at the expense of other users,” Fiedler said.

The emergency plans were a vindication for global regulators, who have warned that some DeFi projects were more centralised than their marketing indicated.

A report by the Bank for International Settlements this week questioned whether DeFi projects could ever expand into an adequate monetary system because developers could not predict every market move.

“The impossibility of writing contracts to spell out what actions to take in all contingencies, requires some central entities to resolve disputes,” it noted. More efficient methods to speed up and handle greater volumes of payments also tended to lead to a greater concentration of computing power, it added. While regulators warn about the pitfalls of DeFi, the market is making its own judgments. For some DeFi enthusiasts, the unplanned moves by Maker DAO, Bancor and Solend merely whittle away those who never fully committed to the DeFi ethos.

“This is massively beneficial for truly decentralised applications”, said Charles Storry, head of growth at Phuture DAO, a DeFi project. “Users of true DeFi applications are not having issues because transparency is there,” he added.

But for others, it is little more than reality reasserting itself in financial markets.

“What we’ll see is a shakeout of pretenders, because they’ve got poor risk processes,” Taylor said. “We have seen this time and time again,” he added.

Whales Have Quietly Triggered a 900% Surge for Embattled Crypto Asset, According to Analytics Firm Santiment 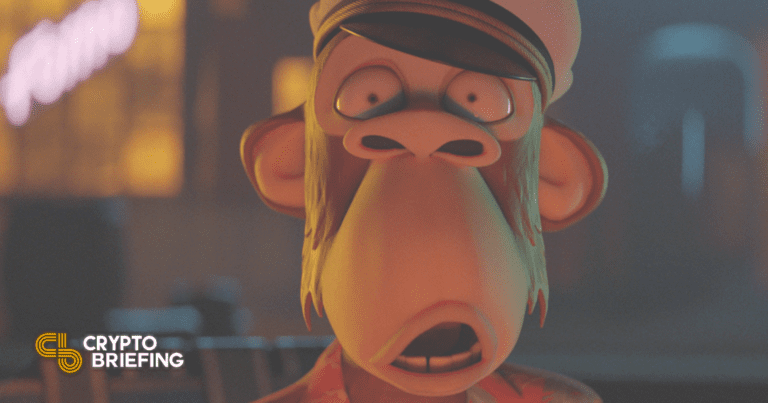