We have entered the next phase of the movement toward a more digital financial system.

Consolidation is taking place within the industry while regulators move to create the next regulatory system.

Within the industry itself, there has been a lot of expansion over the past three years or so.

This expansion has been helped along by the largess of the Federal Reserve, as billions and billions of dollars have been pumped into the financial system by the Fed.

In the effort to find places these monies could produce a return, a substantial amount of the funds went into the new “crypto” space.

With a total capitalization of less than $1.0 trillion in 2019, the total value of crypto assets climbed to reach a historical high in the early part of November 2021, as the price of Bitcoin (BTC-USD) rose to just under $69,000. Total capitalization for the whole crypto industry was estimated to be around $3.2 trillion at that time.

But, of course, the price of Bitcoin fell and has recently fallen as low as $20,000.

In order to get some idea of the volumes in the industry here, we listen to Sam Bankman-Fried, chief executive of FTX, who believes that only about 50-100 tokens have value.

The remaining thousands…do not have value.

The market is adjusting.

But, history has shown that innovation is disruptive.

New technology is going to change an industry, but exactly what this change is going to be is unknown. In many cases, it is radically unknown.

For example, Bitcoin was supposed to change the way people made payments.

Its primary characteristic was expected to be a medium of exchange.

But, as Mr. Bankman-Fried explains, Bitcoin will never work for day-to-day payments. It cannot operate at the scale that is required.

“Using Bitcoin for daily payments would be akin to paying for purchases with gold bars.”

Like gold bars, Bitcoin can serve as “an asset, a commodity, and a store of value.”

It cannot serve as a means of efficiently maintaining daily payments.

There are places where Bitcoin can serve to help build a better financial system.

For example, one source that constantly comes up in these discussions is the use of Bitcoin in cross-border payments. Using Bitcoin for this purpose can be done “cheaper, faster, and in a more trustworthy way.”

Specific purposes, like this one, help to make Bitcoin more acceptable and more useful. These technologies can make the existing financial system more complete and more efficient.

And this is what happens as innovations spread throughout a system.

Disruption takes place. Some uses of the innovation don’t make it. Other uses do.

But, the system has to work this out and this is what can create turmoil within a system.

Part of this disruption is the fact that more individuals can become players in the transition than those that are just interested in the technology.

Some people can be “in the game” just to make money.

The next stage, however, is about how the industry consolidates.

This is what is going on now.

Bankman-Fried, in recent weeks, has been entering into the “rescue business.”

We read in the Financial Times,

“FTX chief executive Sam Bankman-Fried has bolstered the stumbling $900m billion crypto industry with his second bailout of a struggling digital assets company in as many weeks.”

The commentary on this reads as follows:

“The rescues came as the crypto industry has tried to restore confidence during a period of accelerating pressure on the price of digital assets such as Bitcoin, which has pushed even some of the biggest market participants in the industry into distress.”

In the process, “Sam became a lender of last resort.”

Mr. Bankman-Fried stated that “he considered himself to have an important role in supporting struggling market participants even in cases where FTX was not involved.”

“I think that’s what’s healthy for the ecosystem, and I want to do what can help it grow and thrive.”

And this is what happens in new, innovative areas of the economy as the “transitional” developments succeed or don’t succeed in the transition from the old into the new.

This is how the next structure is built.

There is one problem with this.

As the industry has grown, large crypto exchanges have repeatedly stepped in to bail out projects or companies that run into trouble.

Crypto has constantly sold itself as a space that can operate without major, central control. Its libertarian base is still around and still quite vocal.

Crypto, to many, wants to empower people.

But, will crypto live up to its claims of empowering people?

Bankman-Fried says that the answer is still not clear.

Market power is very desirable and very attainable. All forms of monopoly dominance is available at this stage of the evolutionary process.

Technology, in this day and age, is expandable in platforms and networks.

Financial institutions are very skilled in building platforms and networks.

Existing financial institutions are an “entrenched elite” hoping to expand their reach.

New tech giants play the same game. Just look at the examples of Google and Facebook and Amazon.

So size is going to be a big issue going forward.

So, one thing is missing…regulation.

The regulation of crypto and digital and whatever else you want to call it has really not begun.

And this is the next step.

Regulation is coming and the final result will depend upon how everybody involved words with each other.

Bankman-Fried appears to be very cognizant of this. He seems to be very intent upon talking with the regulators and making things work.

This is not always the case in the industry. For example, Peter Theil, now in venture capital, is much the libertarian and antagonistic toward regulation and regulators.

Just as I argue that crypto and digital are going to dominate the financial world in the future in one form or another, regulation is going to play a major role in how the industry works through things.

More regulation is coming, there is no doubt about that.

What the final regulatory structure ends up looking like, however, is anyone’s guess right now.

Have Bitcoin and Ethereum Reach a Support Level or Has the Bear Market Just Started? 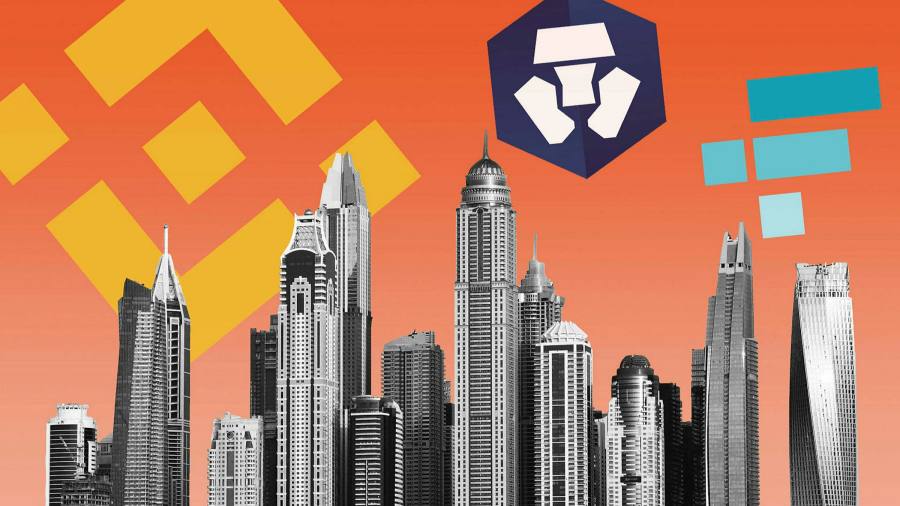