The Twitter bot would assist NFT investors on Twitter to filter the uncertainties in the NFT space and know how much an NFT might be worth with just a single tweet. To activate the bot, users would have to make a tweet with an Opensea link of the NFT they would like to check and then mention the bot (@CoinSharesNFTAI) in the tweet.

In the announcement, CoinShares stated that Pricing NFTs could be a difficult task, especially as their value is volatile and millions of them are available on the market.

“Building on our crypto and quantitative expertise, we came up with an experimental project to price NFTs, whether you own them already or not. This model relies on tested mathematical concepts to predict a fair price for any NFT currently listed on @opensea,” said CoinShares in the announcement.

The bot predictions are based on identified factors such as hype, rarity, utilities, content, and products, as well as transaction volume and history of an NFT project.

CEO Jean-Marie Mognetti said in a release, noting: NFTs are one of the newly discovered digital assets in the crypto industry today, and it’s essential that everyone should feel comfortable while buying and selling them. He added, “To this end, we made our proprietary NFT pricing algorithm available to the public through our CoinSharesNFTAI Twitter bot.”

CoinShares is a Europe-based digital asset investment and trading group pioneered in innovative financial products and services for the crypto industry.

Clean and Green Crypto Energy Consumption Could Be the Answer

The instruments for a future that is really decentralized

Asset Manager Invesco Files for 2 Crypto ETFs in the US 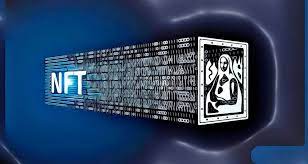