In this episode of BeInCryptos Video News Show, host Juliet Lima gives you our picks for the top-7 altcoins for June 2022.

IoTeX touts itself as a quick, secure, and scalable blockchain like many others. However, this one in particular aims to create and power an open ecosystem, in which people and machines interact freely with each other in a trusted setting. Additionally, IoTex employs an Ethereum Virtual Machine compatible blockchain. This helps decentralized applications scale, by removing the concern of high gas fees.

The new mainnet, version 1.8, launched just recently on May 30 and it provides several new features. These include staking via Metamask, improved peer-to-peer robustness, as well as improvements to its API. We believe these new additions could add some strength to the price of the coin in the long term, solidifying its fundamentals.

Now, moving into the technicals. At the time of the recording, the IOTX coin had been trading underneath a descending resistance line since the beginning of April.

The downward movement led to a low of $0.021 on May 12, but IOTX has been increasing since then and finally broke out from the main descending resistance line on May 23.

If the upward movement continues, the next resistance area would be found between the $0.068-$0.07 range. A potential price target for around a 90% upward move.

Monero, which goes by the name XMR, is a secure, confidential blockchain, focused on providing complete privacy for its users. It achieves this by obscuring the addresses of both senders and recipients, by using advanced cryptography.

Monero is getting close to an important security and performance update that will establish a minimum block reward for miners to guarantee a stable income for them. This will create a healthy environment for miners, incentivizing them to continue maintaining the network. The tail emissions are scheduled to start on June 9, or at the block height of 2,641,623. This means that from that date on, block rewards will be 0.6 XMR.

Moving on to the technicals, XMR has been increasing inside an ascending parallel channel since May 12, but it broke down from it a few days after.

However, despite the breakdown, it has regained its footing and is currently attempting to reclaim the support line of the channel you can see here.

Since the support line coincides with the $200 horizontal resistance area, its likely to provide strong resistance. A breakout above this level would likely cause the price to accelerate quickly.

Cardano is a blockchain that provides security and sustainability to decentralized applications or also known as dApps. Last year, it launched its hard fork called Alonzo which brought smart contract functionality to the platform.

Next, the protocol has scheduled its Vasil hard fork to go live on June 29. It will focus on improving network connectivity and stability. According to the founder, Charles Hoskinson, this will cause many Cardano dApps to benefit from pipelining. This means that the network will be able to transact even faster.

For more context on what the price may do during those days, the protocols native asset, ADA, has been decreasing inside a long-term descending parallel channel since it reached an all-time high in September 2021.

The downward movement finally ended on May 12, when ADA bounced at the midline of the channel. However, the bounce here was not that strong so, looking at daily RSI, this indicator has generated a bullish divergence (green line).

Additionally, it has broken out above a descending trendline. If a price breakout follows, ADA could increase toward $1.25, the next possible resistance area. If not, the downward trend may resume.

DefiChain is a blockchain platform whose aim is to maximize the potential of decentralized finance (DeFi) within the Bitcoin (BTC) ecosystem. The protocol is connected to the Bitcoin ecosystem and the platform offers solutions to problems of security, scalability, and decentralization.

We chose this protocol because it just had a major update last month and the effects may not have been priced in yet. The update featured a new block reward adjustment that went live on May 30, and it also provided improved rewards for several of the tokenized stocks it offers, including MicroStrategy and GameStop.

On May 21, DFI broke down from an ascending support line that had previously been in place for 305 days. Until it reclaims this support, the trend cannot be considered bullish.

Elrond is a blockchain protocol offering fast transaction times that went live in July 2020. Its recent sharding mechanism brings a roughly 1,000x improvement in scalability relative to its previous blockchain versions. The platform can also handle 15,000 transactions per second at a negligible cost. Several new developments will launch in the second quarter of 2022, such as Elrond Superwave, Elrond Gamify, and its Phase 4 of staking.

Its EGLD coin has been decreasing below a descending resistance line since March 28. This downward movement led to a local low of $65.68 on May 27 and has recently been trying to move above the resistance line.

If a breakout above the resistance occurs, the next closest resistance zone would be found near the $122 price area for a nice 50-60% movement upwards.

Mina is a blockchain that is designed to run dApps in a more efficient way. Despite its growth in usage, its blockchain size is designed to remain small, or compact. Therefore, it is considered a succinct blockchain, as it dramatically reduces the amount of data each user needs to download to run it. While it was initially named Coda Protocol, it was rebranded to Mina in October 2020.

The protocol uses a novel mechanism called Zero-Knowledge Succinct Non-Interactive Arguments of Knowledge (zk-SNARKs). In turn, this allows it to authenticate information without initially revealing it. Mina will launch a program for app builders called The zkApps Builders Program and will launch in Q2 of 2022. It is a novel initiative whose main objectives are removing barriers that prevent developers from building on Mina, encouraging new developers to build on it, and improving developer experience through feedback and fast iteration.

There is no clear setup here on MINA and all we can say is that between May 11 and May 28, MINA created a double bottom pattern close to $0.80 (green icons). While this is considered a bullish pattern, it has yet to result in a sustained upward move.

No clear price targets for this one yet, but make sure to keep an eye on the zk-Apps Builders Program, this could trigger massive growth on the network if successful.

Terra 2.0 is a public blockchain that emerged from Terra Classic, which was home to the UST stablecoin. After the UST de-pegging and subsequent LUNA crash, LUNA 2.0 airdropped on May 28 to users who were holding LUNA (Terra Classic) before the crash.

After that the new Terra LUNA coin launched on Binance on May 31 as well, triggering an odd price increase from traders looking to catch some quick movements from what was left of the protocol. It is still unclear whether the project is going to survive with a devastated community and the questionable actions taken by its founder.

Here, the LUNA chart is nothing like we have seen before and there is no clear set up so we cant predict for sure what the price is going to do.

Following the dramatic drop to zero the price oddly recovered to $7 dollars when LUNA 2.0 was launched. Many analysts are saying LUNA is now in the meme coin category, the category of altcoins that can moon or vanish overnight, so proceed with extreme caution with this one. 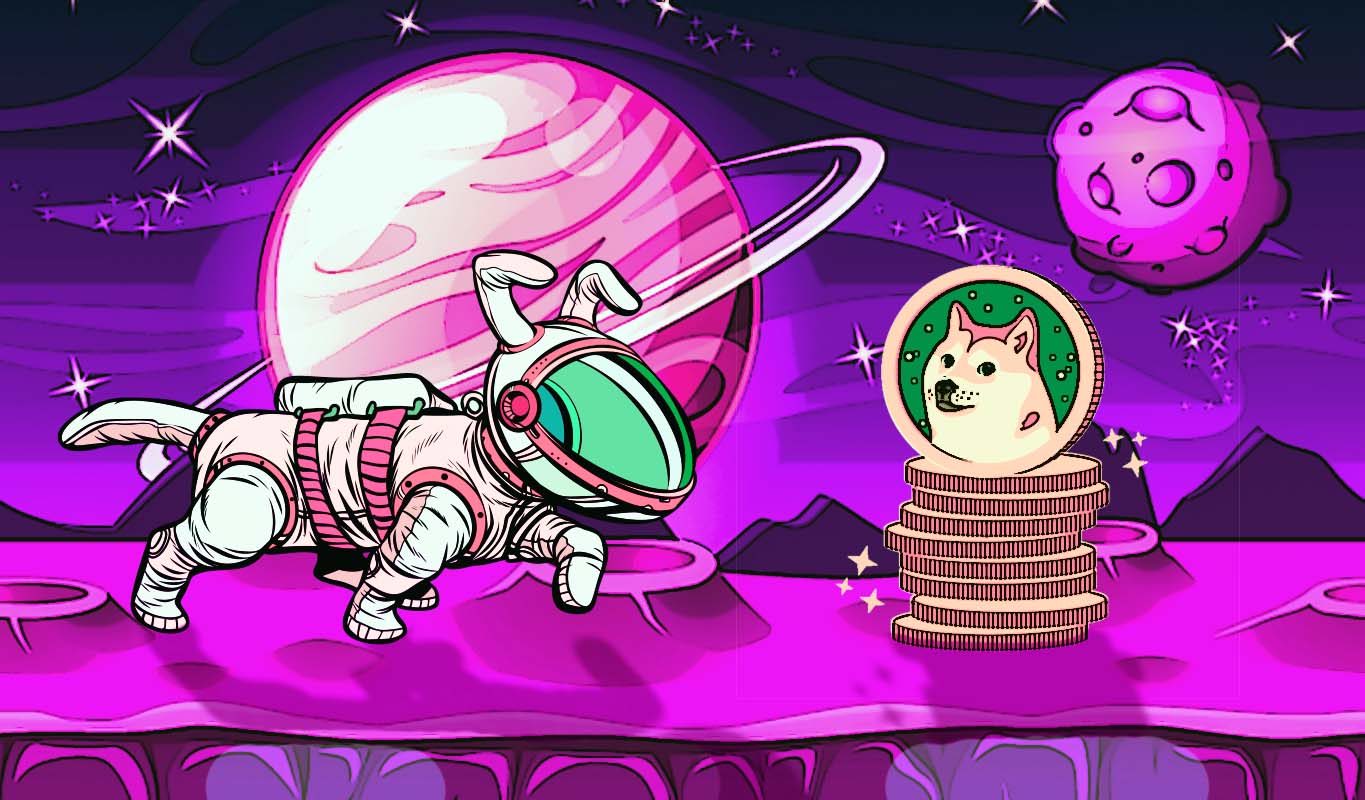 Real Dogecoin Rally Will Happen Once DOGE Takes Out This Price Level, According to Crypto Analyst

Bitcoin Is Back! But 3 Altcoins Will Do Even Better