Australia has decided to continue treating cryptocurrencies as assets.

According to the Australian government’s budget announcement on Tuesday, legislation will be put upon treating digital currencies such as bitcoin as a virtual assets.

The government has taken the move to allow the taxation of digital assets. It means that investors would pay capital gains tax on profit from selling crypto assets through exchanges and when they trade digital assets.

Australia’s crypto sector is highly unregulated, but the Treasury Department announced in August that the government would take the initiative to prioritise ‘token mapping’, which will help identify how crypto assets and related services should be regulated.

The country is also working on introducing CBDCs.

The Reserve Bank of Australia (RBA) published a Whitepaper in September to give additional insights into its proposed Central Bank Digital Currency (CBDC), dubbed the eAUD.

In its concerted efforts to explore all possible use case scenarios concerning the creation of the eAUD, the RBA partnered with the Digital Finance Cooperative Research Centre (DFCRC) to develop systems jointly to test the capabilities of the new legal tender. The duo set out to conduct the trials, and per the recently published Whitepaper, the pilot tests are scheduled to commence next year.

Billed as one of the most advanced economies exploring the launch of a CBDC, Australia, through the RBA, will seek to understand how the system will work in all environments that feature key stakeholders in the country’s financial ecosystem.

“The key objectives of the project are to identify and understand innovative business models, use cases, benefits, risks, and operational models for a CBDC in Australia,” the Whitepaper reads.

In a September 19 statement, Bragg said that “Australia must keep pace with the global digital asset regulation race” as “Parliament must push for legal reform.”

What is Decentralization in Blockchain?

Singapore and Cambodia to Explore CBDC to Boost Payments Ecosystem 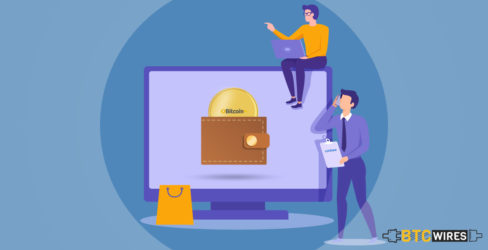 Custodial V/s Non-Custodial Crypto Wallets: Getting Best of both

27 July 2022
Get the inside scoop by becoming a GEM INSIDER today!