WASHINGTON There was lunch at a French bistro near Congress with Senator Kirsten Gillibrand of New York, and a meeting with some of President Bidens top economic aides. Then came a private dinner with a major financial regulator.

The topic was always the same: how to win the future in the global race for cryptocurrency dominance at least from the perspective of Andreessen Horowitz, the Silicon Valley venture capital firm that dispatched a team of Washington insiders to make its case during a recent five-day lobbying blitz.

At a moment when technology companies have a bad odor in Washington and as the fast-evolving crypto industry is drawing increasing scrutiny from lawmakers and regulators, Andreessen Horowitz is pursuing a particularly audacious plan: to both own big chunks of the emerging world of digital currencies and have a hand in writing the rules for how it will operate.

To push its agenda, the firm has hired an array of experienced government hands. They include Tomicah Tillemann, a former aide to Mr. Biden when he was a senator; Katie Haun, a onetime Justice Department cryptocurrency prosecutor; and Brian D. Quintenz, who joined the effort just days after leaving the Commodity Futures Trading Commission, a crypto regulator.

This summer it set up a new $2.2 billion investment fund to profit off the rapid growth of cryptocurrency and the technological and financial architecture behind it.

It is also a major investor in Coinbase, one of the largest cryptocurrency exchanges, along with a number of newer start-ups. The firm has brought on so many people with industry expertise that the hiring spree has become a running joke on Twitter.

The vision that A16Zs founders, Marc Andreessen and Ben Horowitz, are pursuing is to be at the center of a booming new ecosystem of digital technology that will disrupt industries as varied as art, banking, finance, gaming, e-commerce, music, social media and telecommunications.

To the extent policymakers can get access to good information, that is going to help them solve their problems and also enable the next generation of the internet to flourish in a way thats going to be good for us, Mr. Tillemann said. Thats mutually beneficial.

But the proposals, outside experts who have examined them say, are far more about self-interest than societal or national benefits.

This is a pretty nakedly transparent attempt to benefit their bottom line, said Lee Reiners, a former supervisor of systemically important financial institutions at the Federal Reserve Bank of New York.

Draft legislation A16Z is circulating would give the companies it has invested in a leg up by exempting related entities from certain tax reporting, consumer protection and anti-money-laundering requirements.

This is a classic case of asking the fox to design the henhouse, said Rohan Grey, a finance lawyer and law school professor who has advised congressional Democrats on legislation to regulate digital payments that is pending in the House. They say things in a way that sounds reasonable, but it involves them essentially giving up very little in the public interest.

Rachael Horwitz, a spokeswoman for A16Z, said the company welcomed this debate. We are making big bets on founders and ideas with the potential to shape the future in the hope that theyll topple the gatekeepers and middlemen of the past, she said.

From its inception in 2009, Andreessen Horowitz has trumpeted a different approach to venture capital.

It promoted the cult of the founder the idea that the hard-driving entrepreneurs who start a company are best positioned to lead and instead of just supplying capital it offered help with recruiting, sales and marketing.

It was a philosophy rooted in personal experience. At 22, as a recent graduate in computer science from the University of Illinois at Urbana-Champaign, Mr. Andreessen helped create Netscape, the first popular web browser, in 1994. Mr. Horowitz joined Netscape at the start of a war with Microsoft, which dominated the personal computing market and deliberately limited access to the browser. Netscape was sold to AOL for $4.2 billion in 1998, and a year later, the pair started an early cloud-computing company that was sold to Hewlett-Packard for $1.6 billion in 2007.

Andreessen Horowitz models itself on the Hollywood talent management firm Creative Artists Agency, which embraced the outsize ambition of representing every Hollywood star.

The goal was basically monopoly, one of C.A.A.s founders, Michael Ovitz, said in an April discussion on the A16Z-backed audio app Clubhouse with Mr. Andreessen and Mr. Horowitz, who brought him on to explain his agencys influence on them.

Andreessen Horowitzs first cryptocurrency investment was in late 2013 with a $20 million initial bet on Coinbase. Soon after, Mr. Andreessen wrote in an opinion article in The New York Times that Bitcoin, the worlds first cryptocurrency, heralded a seismic technological shift, on par with the PC in the 1970s and the internet in the 1990s.

Bitcoin offers a sweeping vista of opportunity to reimagine how the financial system can and should work in the internet era, Mr. Andreessen wrote.

In 2018, the firm started its first fund dedicated to crypto investments, raising $350 million. It was a separate legal entity to comply with securities rules that limit venture capital firms allocations to riskier investments, like cryptocurrency businesses.

But seeing cryptos growing potential, Andreessen Horowitz transformed from a venture capital firm into a registered investment adviser in 2019 a costly move that subjected it to greater regulatory oversight but allowed it to pursue crypto deals unfettered.

Delivering significant returns on all this investment, executives at A16Z quickly realized, would necessitate playing a major role in shaping rules for these companies.

The sun was setting as the sound of military helicopters occasionally drowned out the chatter at an A16Z cocktail party along the Washington waterfront. The gathering featured most of the firms recently hired policy team, milling about on a patio as they nibbled on crab cakes and sipped drinks, wrapping up their five-day lobbying push.

No other crypto player in the Washington influence game has a lineup that rivals the team A16Z has assembled.

Ms. Haun, who started the Washington lobbying effort, serves as co-director of the $2 billion cryptocurrency fund. While at the Justice Department, she helped prosecute two undercover federal agents who stole hundreds of thousands of dollars worth of Bitcoin from Silk Road, an illicit dark-web marketplace they were investigating.

She joined A16Z in 2018 and this summer brought in Mr. Tillemann, who is now the teams chief advocate in Washington.

Other new members include William H. Hinman, the former director of the corporation finance division at the Securities and Exchange Commission; Brent McIntosh, a former Treasury under secretary during the Trump administration; and Jai Ramaswamy, who ran the Justice Departments money laundering division during the Obama administration. Each of them, along with Mr. Quintenz, who was an outspoken booster of crypto while at the C.F.T.C., participated in briefings with financial regulators, members of Congress or White House officials.

But none of them are registered as lobbyists. Mr. Tillemann argued that is not what they were doing in Washington. We dont think we need a lobbying team right now, and we dont view this as a lobbying effort, he said, calling it an opportunity to work constructively with policymakers to solve problems of mutual concern.

The firm claims its representatives do not need to register as lobbyists because of a loophole limiting the registration requirement to those who spend at least 20 percent of their time lobbying.

During their pitches in Washington, the A16Z team members frequently talked about their commitment to democratizing the internet. They said the decentralized nature of cryptocurrency would make it easier for more people to gain access to loans and investments via crypto platforms such as Compound and Uniswap that Andreessen has backed.

And they said cryptocurrency would enable artists, musicians and influencers to earn money free from expensive middlemen, through A16Z-backed platforms like Open Sea, which allows them to sell their work using nonfungible tokens, or NFTs, which prove ownership of a particular piece of art or music found online.

But Mr. Reiners and Mr. Grey, lawyers who have closely read A16Zs regulatory proposals, and Dan Awrey, a Cornell Law School professor and financial regulation expert who has advised global financial institutions, said they were troubled by many key elements of the plan. They said it was self-interested and would create pathways to evade existing regulations, leaving consumers vulnerable.

They pointed to a provision A16Z included in draft legislation that would create an exemption from the Investment Company Act of 1940, which subjects companies to oversight by the S.E.C.

Certain crypto start-ups that A16Z is funding are being organized around a new type of entity called a decentralized autonomous organization, or DAO, which would be exempt from the act under A16Zs plan.

This exemption is warranted, A16Z argues, because DAOs are supposedly run by the community of crypto users rather than for-profit executives. But the financial backers of these platforms still stand to make considerable profits because the founders of the crypto start-ups often own a sizable share of the special crypto tokens that can, in some cases, grant voting power to help govern these platforms.

The A16Z proposal would also limit the ability of the Consumer Financial Protection Bureau to regulate DAOs beyond requiring certain disclosures. It instead proposes that the federal government consider relying on an industry-created self-regulatory organization to define and enforce how consumers are treated. And it would give preferential tax treatment to DAOs, limiting information they have to turn over to the Internal Revenue Service and making so-called member dues that they collect tax exempt.

The net effect of A16Zs proposals, experts said, would be to open loopholes that the firm and other financial industry players, perhaps even hedge funds, could use to reorganize themselves in a way that could undermine the financial regulatory system.

In the name of democratizing finance, what I am seeing is a game of three-card monte where they are moving balls around hoping people dont understand the game is rigged, Mr. Awrey said. But what they are calling for here is the wholesale exemption from some of the most important investor protection laws in the United States.

In a 10-page response the company provided to The Times, one A16Z lawyer wrote that we welcome clarifying feedback on how to tighten this up to avoid creating a broader exemption than was intended.

The White House and lawmakers declined to discuss their meetings with the firms representatives in detail, but companies in the industry said Andreessen Horowitzs efforts in Washington were part of what made it an attractive investment partner.

The law is the law, but its just a question of how it is applied, said Ian Lee, one of the founders of Syndicate, a crypto start-up that chose A16Z to lead its investment round in June. Its a big reason why partnering with Andreessen Horowitz and its legal and regulatory team made a lot of sense. 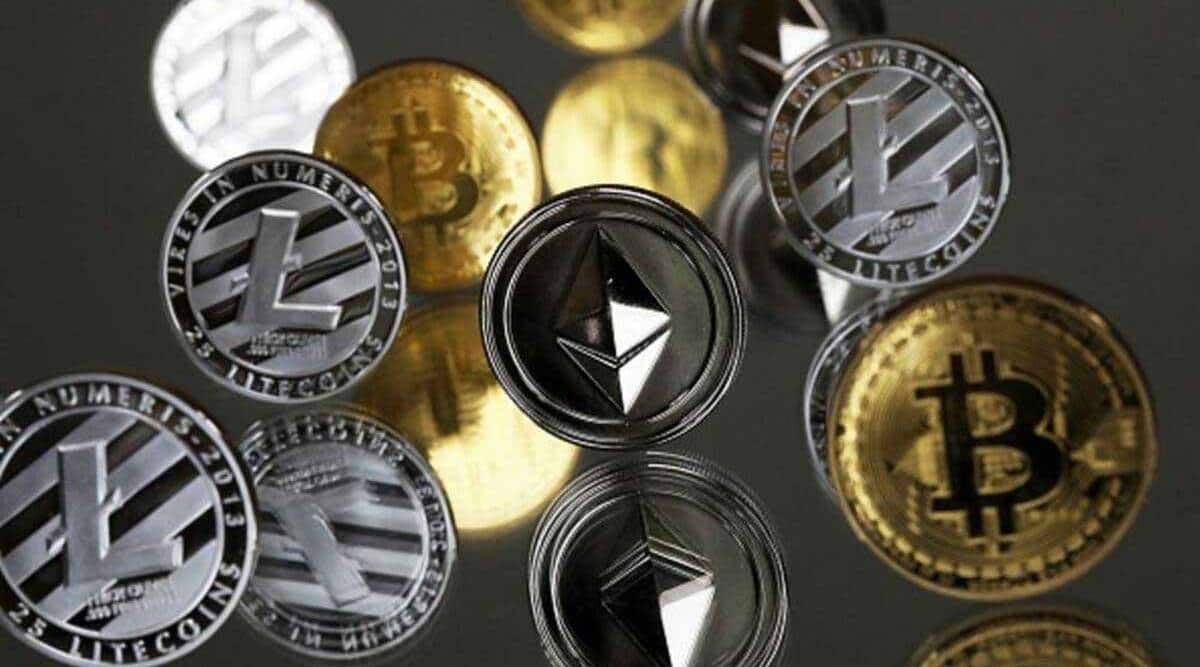 Can cryptocurrencies be classified as securities? A legal perspective 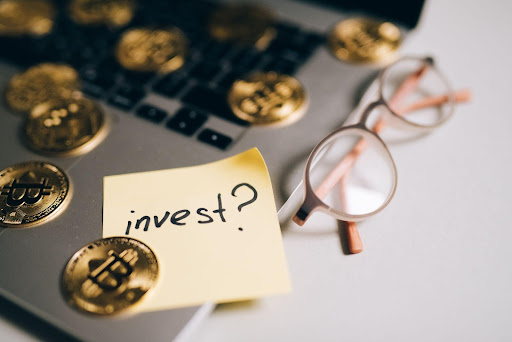